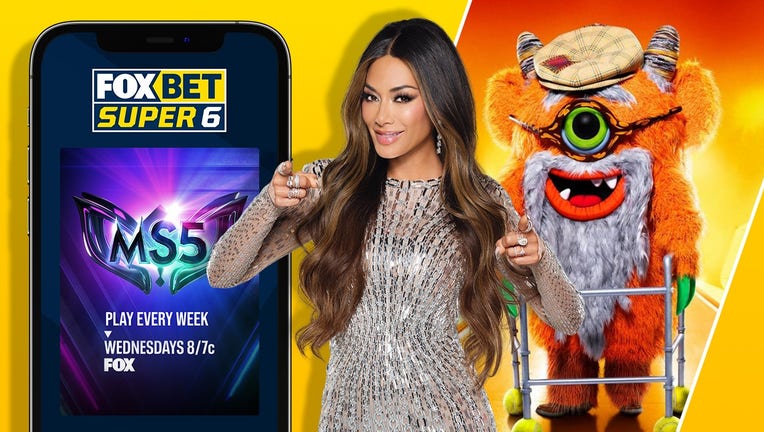 LOS ANGELES - In celebration of season 5 of "The Masked Singer," which premiered March 10 on FOX, fans are given the chance weekly to predict six questions related to each week’s episode on the FOX Super 6 app — and this week’s winner won $10,000 thanks to the elimination of "Grandpa Monster."

Questions included, "Which character's celebrity crush is Salma Hayek?", "Which character makes the panel emotional?" and "Who is going to be unmasked on Wednesday night?" Thirty-five percent of participants were able to correctly guess that "Grandpa Monster" would be the contestant to be sent home.

More than 214,000 people entered this week’s contest, and Sherrie, who resides in Kentucky, was the winner to take home the big cash prize.

Grandpa Monster was revealed on The Masked Singer

The fifth season of The Masked Singer continues to dish out unforgettable reveals one after the other.

According to FOX Bet, Sherrie, a licensed practical nurse for 28 years, found the contest through FOX Bet’s "Win Terry’s Money" during the NFL season and is a basketball fan as well as a fan of "The Masked Singer."

In fact, Sherrie loves panelists Robin Thicke and Ken Jeong and is a regular viewer of the show.

Sherrie told FOX Bet that she loved the Raccoon, who was revealed as actor Danny Trejo. She also enjoyed the surprise reveal of Kermit the Frog in the season premiere.

Sherrie plans to pay off all her bills with the extra cash.

The fifth season of "The Masked Singer" continues to dish out unforgettable reveals one after the other. Wednesday night’s big reveal was no exception when YouTube sensation-turned boxer Logan Paul was unmasked as Grandpa Monster.

Paul delivered an electrifying performance with a rendition of Joan Jett’s "Bad Reputation," wowing the audience. But it wasn’t enough to continue on to the next round as judges quickly snuffed him out.

RELATED: ‘The Masked Singer’: Grandpa Monster reveal is the best since sliced bread

"I will definitely not be releasing an album because clearly, I don’t got what it takes," Paul said in an exclusive post-performance interview.