The Issue Is: Pete Buttigieg And Jeff Mason

This week, as the march towards Election Day continues, another eventful week in politics.

LOS ANGELES - This week, as the march towards Election Day continues, another eventful week in politics.

On Monday, President Trump returned to the White House after a weekend stay at Walter Reed following his positive coronavirus diagnosis.

On Wednesday, the two Vice Presidential candidates took center stage at their one and only debate, only to be upstaged by a pesky fly.

To break it all down, and more, Elex Michaelson is joined on The Issue Is by former Mayor of South Bend, Indiana, Pete Buttigieg, and White House correspondent Jeff Mason of Reuters. 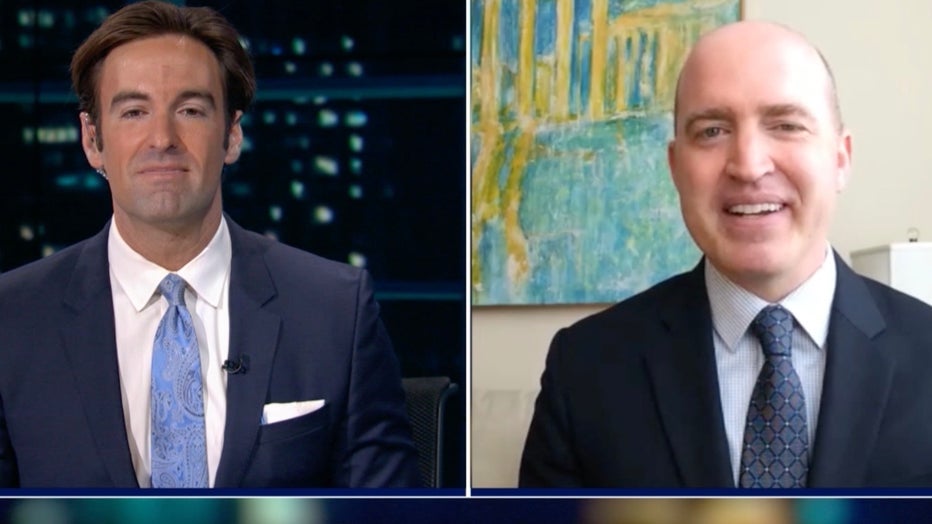 The conversation kicks off with Buttigieg, who earlier this year, burst onto the national stage, going from small-town Mayor of South Bend, Indiana, to winner of the Iowa Caucus, and one of only seven Democrats to earn delegates in the primary contest.

This week, in the lead up to Wednesday’s Vice Presidential debate, Buttigieg assisted Senator Kamala Harris, his former rival and the current Democratic VP nominee, in her debate prep, stepping into the shoes of Vice President Mike Pence.

“It’s always strange spending that much time getting into the mind of someone you disagree with that much,” Buttigieg said. “But I thought it was also an opportunity, as somebody who worked with him, sometimes against him.”

For four years that Buttigieg was Mayor of South Bend, Pence was Governor of the state.

Following the debate, Buttigieg said he was “proud” and “thrilled” with Harris’ performance, adding that she was “able to get there and penetrate that force-field of alternate reality that [Pence] likes to create.”

Less enthusiastic about Harris’ performance was President Trump, who this week described her as a “monster” and “communist.”

Buttigieg responded to the President’s criticism: “It’s unfortunate what we’ve come to expect from this President, but it also doesn’t add up,” he said, noting that the Biden-Harris platform is the one that matches with the way Americans feel about issues like the wealthy paying their fair share, health care, and the way to manage the pandemic.

Regarding the Democratic ticket’s platform, Michaelson then pressed Buttigieg on one area in particular, packing the Supreme Court, an idea which both Biden and Harris have refused to address, Biden this week telling reporters that “you’ll know my opinion on Court-packing when the election is over.”

“I think what’s going on is that they’re trying to make sure the Republicans are not successful in distracting from the issues in front of us right now,” Buttigieg responded.

He noted that there are complex institutional issues that the Supreme Court faces that require reform, but that the Trump-Pence ticket cannot be allowed to change the focus from health care, the pandemic, and the impending confirmation hearing of Judge Amy Coney Barrett.

After a brief discussion of the fly that landed on Vice President Pence’s head, the conversation then shifted from the VP debate to Buttigieg’s new book, Trust, and the declining levels of trust Americans are placing in our institutions.

“If you think about the biggest issues facing our country, from racial justice, to this pandemic, to climate change, these are all issues that are going to require cooperation in order to advance,” Buttigieg said. “That means building institutions that are just more trustworthy… it’s why I believe we need lots of institutional reforms to make our society more democratic, also more attention to reasons this distrust has arisen.”

Beyond addressing the institutional issues, Buttigieg also highlighted the role that the media plays in engendering trust in people. He stressed that it must fall to journalists to sort the fact from the fiction, allowing Americans to have honest negotiations about our values, while briefed with the same, verifiable facts.

At such a heated time in our nation, next, the discussion pivoted to fun had in lighter times, namely an instance during Buttigieg’s February appearance on The Issue Is where he said that he’d love to see John Mulaney play him in a biopic.

Following that interview, Mulaney appeared on The Tonight Show and joked with Jimmy Fallon that he would accept the role.

With the Buttigieg role filled, Michaelson asked the former Mayor who should play husband Chasten in a potential film.

“I’m gonna have to ask him so I don’t give the wrong answer and get in trouble,” Buttigieg responded coyly. “But that would probably be the more interesting part to play.”

Keeping with that theme, the conversation wrapped up with more talk of Chasten, namely a September appearance on The Issue Is, where he said of Pete, that “he took a wrecking ball to that wall I built up between my heart and the rest of the world… he means the world to me.”

In response, Buttigieg said “I think, I know, I’m a better person because he’s in my life, when he’s the best thing that’s happened to me, that’s morally, as well as in a lot of other ways… I don’t know what I did to be lucky enough to have him in my life.”

First Michaelson asked Mason how the President’s demeanor has changed in the days since his coronavirus diagnosis, namely in regards to masks and the seriousness of the virus.

“I think Donald Trump is someone who doesn’t like to move away from a position he has already articulated,” Mason said. “His position on masking has been pretty clear since the beginning, even though he says he supports it, he very rarely wears one himself.”

Mason pointed to the President’s return from Walter Reed, when he ascended the White House steps and removed his mask, as a symbolic gesture about his view on the virus and guidance on how to prevent the spread.

Beyond the President’s own actions, Mason also pulled back the curtain on what it is like to work at the White House amidst an outbreak that has now hit potentially dozens of key staffers.

“In terms of being sort of behind the scenes, I can tell you there has been a change in the last week being inside the White House,” Mason revealed. “Number one, there are fewer people there, it’s almost like a ghost town because so many people were exposed and have been affected by this outbreak.”

“Number two,” Mason continued, “the people that are coming to work, in person, at the White House, in addition to the reporters like myself, have started wearing masks inside their offices, and that was not the case before this outbreak, and before the President got COVID himself.”

As the election nears, national polls suggest that Biden is far ahead, meaning the President needs to make up ground fast, ideally via a nationally-televised debate.

However, this week, after the Commission on Presidential Debates made the unilateral decision to take next week’s debate and make it virtual, the President said he would not participate. At that, the Biden camp booked another televised event, all before the Commission cancelled the debate altogether.

“The fact that President Trump decided he did not want to participate in a virtual debate, in some way, was a gift  to Vice President Biden,” Mason said, adding that even if both candidates hold alternative events during that time, they won’t reach the eyeballs that would have watched a debate, eyeballs that the President, especially, needs to help close the gap.

The conversation wrapped up with a game of Personal Issues, giving viewers a chance to get to know Mason a little more, as he is usually the one reporting on others.

The Issue Is: with Elex Michaelson is California's only statewide political show. For showtimes and more information, go to TheIssueIsShow.com.