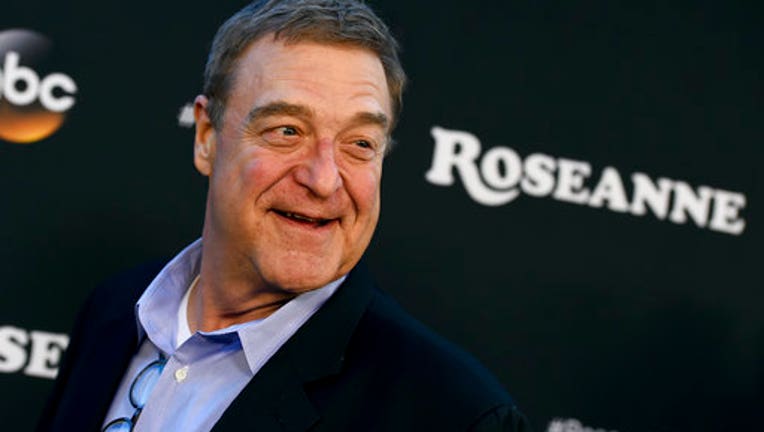 In this March 23, 2018 file photo, John Goodman arrives at the Los Angeles premiere of "Roseanne" in Burbank, Calif. (Photo by Jordan Strauss/Invision/AP, File)

NEW YORK - ABC will air a live, politically-charged episode of its sitcom "The Conners" on the evening of the New Hampshire primary.

The Disney network revealed that on Feb. 11, as the votes will be counted, "The Conners" will go live with an episode incorporating the highly-anticipated primary.

The plot of the episode will involve one of the child characters, Mark, "watching the results of the primary for a school report" while his older sister Harris is "apathetic to the electoral process" and "believes money's influence in politics means real change is impossible."

The other characters will express their differing political views and each will attempt to convince the others to support their candidates.

"The Conners," currently in its second season, had been spun off from the 2018 "Roseanne" reboot. ABC had canceled "Roseanne" after its star, Roseanne Barr, made a racially charged tweet aimed at former Obama administration senior adviser Valerie Jarrett.

The premiere episode of the "Roseanne" reboot was also politically charged, pinning pro-Trump Roseanne Conner against her anti-Trump sister, Jackie.

Among the Democrats, New Hampshire appeared to be favoring Sen. Bernie Sanders, I-Vt., according to the Real Clear Politics average; the senator was leading with 22.7 percent of support among likely Democratic voters. Former Vice President Joe Biden had 18.7 percent support while former South Bend, Ind., Mayor Pete Buttigieg was at 17.7 percent and Sen. Elizabeth Warren, D-Mass., had 14.7 percent support.

Get updates at FOX News