NYPD searching for suspects after teens shot in Queens

The epidemic of gun violence in New York City is adding to growing concerns about safety at schools throughout the five boroughs.

Several teens were walking along the sidewalk near 64-50 188th Street in Fresh Meadows around 4 p.m., the NYPD said.

Then two cars pulled up, which sources described to FOX 5 NY as a BMW and a Dodge Charger. Two men got out of the cars, argued with someone in the group on the sidewalk, and then one man fired nine rounds from a gun, hitting a 14-year-old girl in the neck.

She told witnesses who rushed to her side that she couldn't move.

A man opened fire on a street in Fresh Meadows, wounding a 14-year-old girl and two 18-year-old men.

Two 18-year-old men were also shot, police said. They ran down the street and got about half a block before collapsing, not realizing they'd been shot. One was hit in his abdomen. The other was wounded in his hip.

The two cars drove off. But a source told FOX 5 NY that a dashboard camera on another vehicle captured video of the shooting. Police have that video and are searching for the shooter.

Video posted on Citizen.com showed yellow police tape blocking off an area of the sidewalk on 188th Street.

Police asked anyone with information about the shootings to contact them via Crime Stoppers at 1-800-577-TIPS. 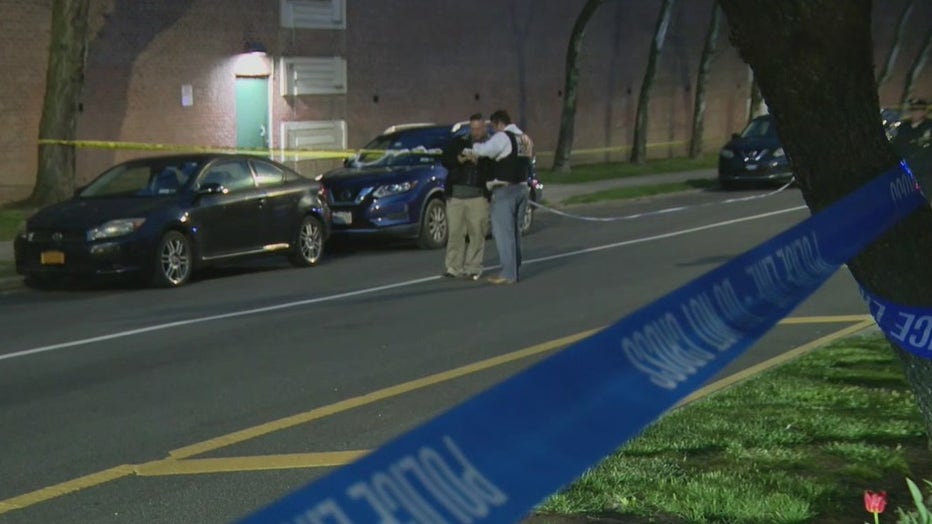