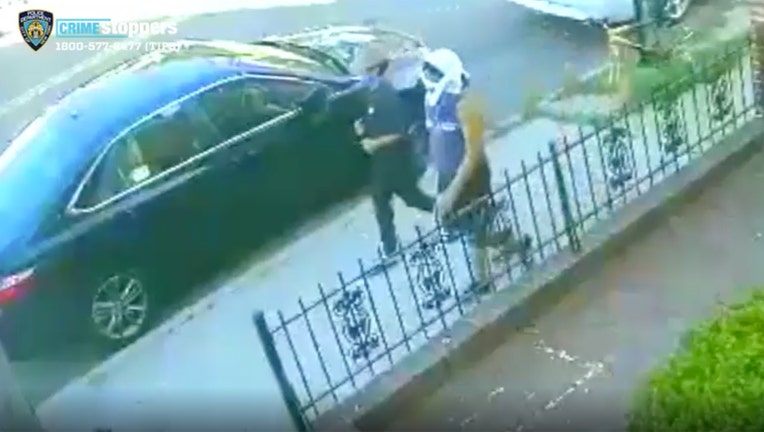 Police released images from a security camera showing two people believed to have attacked an elderly woman in Brooklyn on July 14, 2020. (NYPD)

NEW YORK - Police have arrested two teenagers for attacking an elderly woman and setting her shirt on fire in Brooklyn earlier this summer.

The teens attacked an 89-year-old woman on 16th Avenue at 77th Street in Bensonhurst on July 14, the NYPD said. One boy slapped her in the face. When she tried to get away, one teen used either a match or a lighter to set her shirt on fire, police said.

She was not seriously hurt.