Elvis Nina Pichardo, 40, was arraigned in a Lower Manhattan courtroom on Sunday. He is facing two charges of attempted rape, a charge of attempted criminal sexual act, and a charge of assault, among others. He was remanded without bail and prosecutors say he may also be responsible for a similar attack in Prospect Park.

Prosecutors said that Pichardo was released from state prison in Texas after serving 14 years for aggravated kidnapping "with a sexual assault component."

Pichardo yelled out "Not true! Not true!" when the ADA mentioned his criminal history in court.

Pichardo's defense attorney said he is unemployed, rents a room, has limited income and has limited contact with family in Texas. He also disputed prosecutor's contention that Pichardo admitted to the attacks. 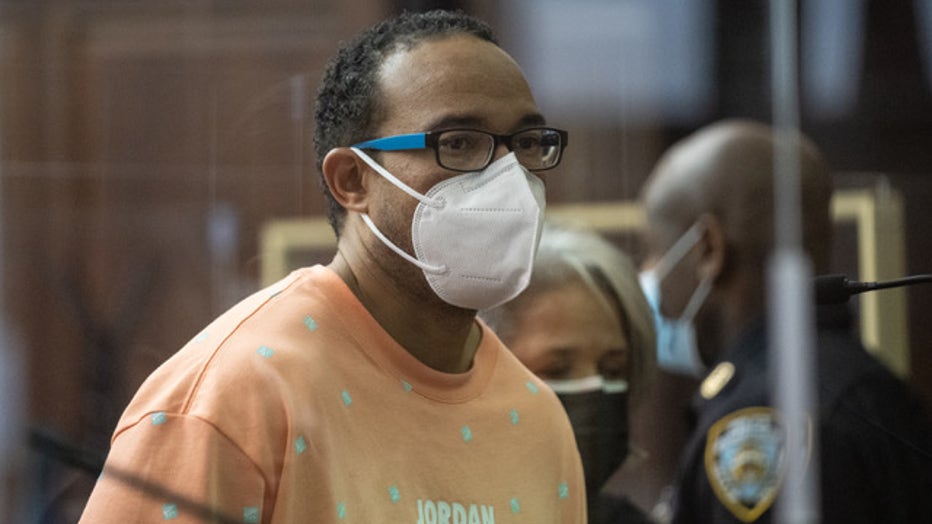 Elvis Nina Pichardo is arraigned in Manhattan Criminal Court on cgharges he tried to rape 3 women in Inwood Park earlier in the week. July 25 2021. Curtis Means/DailyMail/Pool

Members of the Inwood community came together Friday evening to unite against violence and crime in the park.

Police are questioning a suspect in connection with a recent series of attacks on women in Inwood Hill Park, as the neighborhood came together to unite against the recent uptick in violence.

Rep. Adriano Espaillat, who represents Inwood, told FOX 5 NY that he wants more done to promote safety in the area.