Dan Bowens looks into a woman convicted of killing her husband and putting his remains in suitcases.

NEW JERSEY - It was a sensational murder in New Jersey.  A suburban mom was convicted of killing and dismembering her husband, then packing up his remains in suitcases.

Now, more than a decade later, a new podcast called Direct Appeal is re-examining the case.

It was in May 2004 when three matching suitcases were scattered across the Chesapeake Bay in Virginia.

A reporter at the local station, WAVY, in Virginia Beach described it this way at the time.

"The first suitcase was found May 5th near the bridge tunnel's 4th island. Then, last Tuesday, a student researcher found the second one on Fisherman's Island," the reporter said in a TV story.

What was inside those suitcases, as bad as you can imagine.

The victim's name was Bill McGuire.

"He was a husband, a father of two young boys, he had two sisters," said Amy Shlosberg who also hosts the Direct Appeal podcast.

Shlosberg and Sacks are both criminology professors at Fairleigh Dickinson University in Teaneck, New Jersey.

"This was a well-known case in New Jersey and it had all the celebrated aspects right?" Sacks asked. "It has like your beautiful defendant, unexpected defendant, there’s an affair, there’s a court tv case."

It's the sensational case and conviction of the so-called 'suitcase killer', Melanie McGuire. She was the victim's wife.
McGuire, now 46 years old, is serving a life sentence at the Edna Mahan Correctional Facility.

"Guilt or innocence is one issue but did she get justice? Was it a fair trial?" Shlosberg asked.

With her appeals in the judicial system drying up, McGuire reached out to Sacks, who told her the project wouldn't be about exoneration.

"We could decide to do something with it or not, but I would only you know sort of report on the results that I believed in and if I thought she was guilty I was going to report that way."

Back in 2004, McGuire was a fertility clinic nurse. She was having an affair with her boss.

That was a possible motive prosecutors said.

The jury convicted her of killing her husband, hacking up his body, stuffing parts into those suitcases, and later making the 7-hour drive to dump the luggage in the Chesapeake Bay.

Circumstantial evidence.. and McGuire's own strange actions were at the heart of the trial.

But after re-examining the case for 2 years, consulting experts, and more than 40 hours of new interviews with Melanie McGuire
Meghan and Amy say there are plenty of questions, including a serious lack of forensic evidence.

They hope their series can help fill in the blanks.

"I don’t know if she’s innocent or guilty but I think it’s hard to
say that if she did it. she did it by herself," Shlosberg said.

The Direct Appeal podcast is available anywhere you listen to podcasts.

On our latest episode of The Tape Room FOX 5 also has an extended interview with Amy and Meghan digging much deeper into the case. 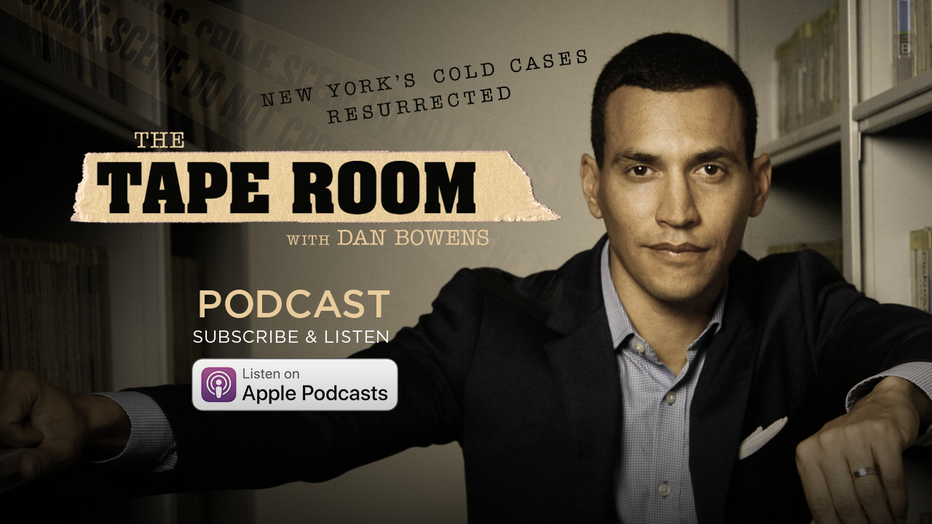