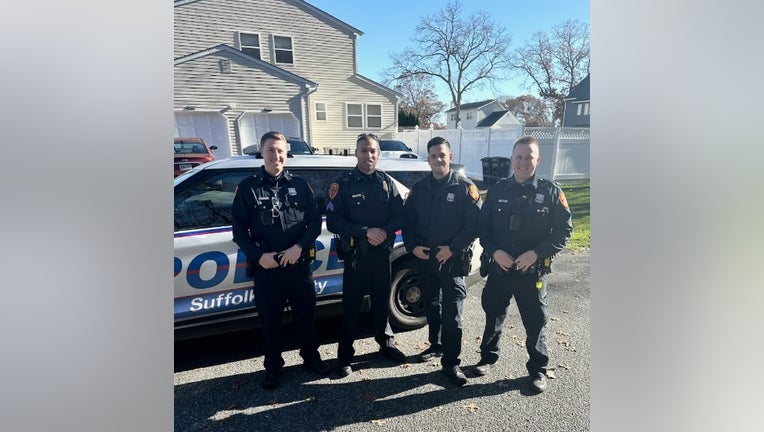 NEW YORK - A Long Island mother has four new guardian angels to thank after members of the Suffolk County Police Department delivered a baby boy in Shirley on Saturday morning.

According to authorities, at around 10 a.m. on Saturday morning, Rebecca Reyes, 31, placed a 9-1-1 call, saying she was going into labor.

Officers Zachary Vormittag, Jadin Rodriguez, Conor Diemer, and Sergeant Jon-Erik Negron arrived on the scene, where Reyes told them that she felt the baby was about to come out.

Officer Diember laid Reyes down in the living room of her home, while the father, Juan Maldonado, 46, held Reyes' head.