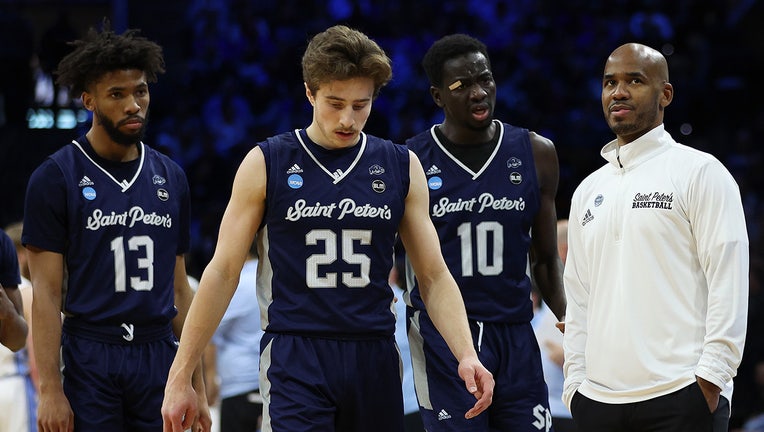 NEW JERSEY - The North Carolina Tar Heels beat the St. Peter's Peacocks in the Elite Eight round of the NCAA Tournament on Sunday afternoon, ending the remarkable tournament run for the Jersey City school.

The final score was 69-49.  The outcome was really never in question.  North Carolina was up 38-19 at halftime.

The Peacocks had won ten games in a row averaging 75 points a game but their offense was smothered by the 8th seeded Tar Heels.  They end their season with a 22-12 record.

St. Peter's run a sign of parity in NCAA

Still, it was a fairy tale tournament for the small school.

Saint Peter's was winless in its three previous trips to the NCAA Tournament.

But no 15th seed team had ever gone as far in the tournament as St. Peter's did this year.  They started off by beating #2 Kentucky in their first game, a team that some thought would vie for the championship.  They went on to also beat Murray State and Purdue.

North Carolina goes on to play fellow ACC school Duke in the Final Four.  Villanova and Kansas play in the other Final Four game next Saturday.

Saint Peter's University in Jersey City gave an enthusiastic and supportive sendoff to the men's basketball team as it departed campus for Philadelphia to play in the Sweet 16 round.