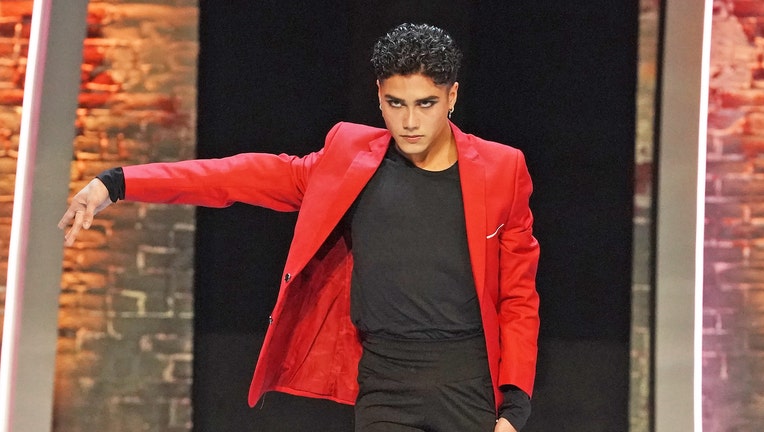 Chicago - Welcome back to "So You Think You Can Dance" recaps! In "Auditions Show 3," we get — you guessed it — more auditions, including a ballroom dancer who doesn’t need a partner but does need lots of fringe, a performer who blends comedy and choreography and at least three possible frontrunners. Miss the premiere? You can read our recap and watch On Demand, on FOXNow and streaming on Hulu.

Pretty weird week in the world of "So You Think You Can Dance'," huh?

It’s impossible to write about this excellent episode without acknowledging the elephant in the room: Matthew Morrisonis out as a judge after "violating competition protocols." There’s been no announcement yet on who’ll be replacing him, but it’s not as if his contributions have been especially profound or insightful, so... it’s probably an upgrade, no matter what.

Still, not even that awkwardness can rain on this parade of frontrunners. All three of the audition episodes in this season have been solid, and all have included some excellent performances from probable fan favorites. But "Auditions Show 3" raises the bar. There’s only one "no," and it’s a "no for this show but yes for the world, go get a million jobs and probably a sizable Instagram following," not a "no, you’re not ready/skilled enough."

But the real winner of this final hour of auditions is A+ judge Stephen "tWitch" Boss, who had already cemented his status as the anchor of this panel but here becomes the clear heart of the show, a person who genuinely loves dance and dancers and whose enthusiasm is terribly infectious. He’s the ideal reality judge: an expert and enthusiast in possession of a seemingly bottomless well of charisma. Stephen "tWitch" Boss is our Cool Dance Dad!

And because he started out as a contestant on this very show, he’s a constant reminder of how life-changing this experience can be for the dancers strutting across the "SYTYCD" stage. Let’s get to it!

"So You Think You Can Dance": No intro needed

There’s no need to add much beyond that, to be honest. Boston-based contemporary dancer Thiago Pachego, at the ripe old age of 18, turned in a performance so riveting your friendly neighborhood recapper watched it thrice in a row before finishing the episode. And then she watched it again. And then told all her group chats to watch it immediately.

It’s not just that the skill, precision and athleticism of his audition are all pretty jaw-dropping. It’s that he’s acting, too. He told a story. The show’s producers allowed his audition to speak for itself, and the only critique we heard from the judges was a unison "YES" — a testament to the strength of that storytelling.

Welcome to the frontunner ring, Thiago. See you in the choreography round.

"So You Think You Can Dance": Congrats, you made tWitch dance for joy 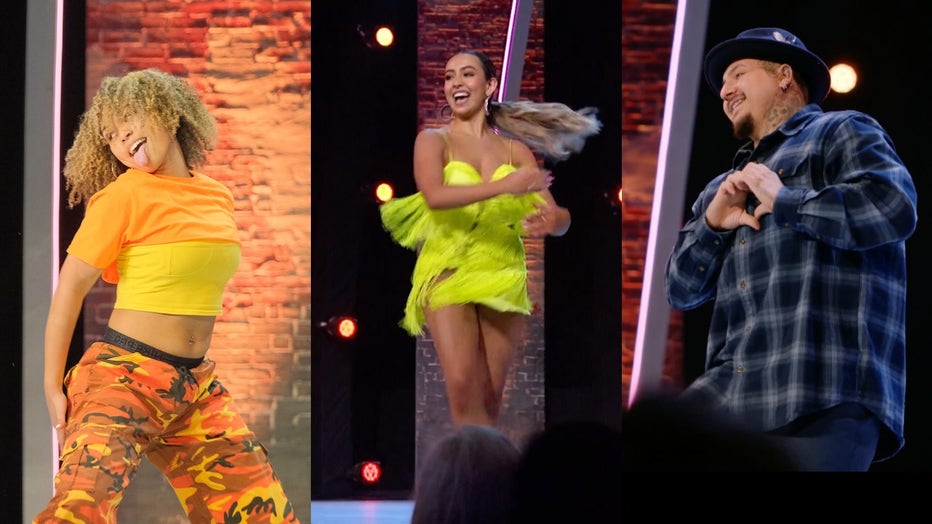 When Cool Dance Dad literally cannot contain himself during your audition, you know things are going well. Such is the case for Essence, a hip-hop dancer from Iowa whose intro package includes deeply adorable footage of the contestant doing an at-home dance battle with her grandpa (and apologies, Essence, but your grandpa won that round) and Miami-based Venezuelan dancer Camila, whose specialty in ballroom evidently does not require a partner.

These are two very different dancers, but there are some major similarities, too:

tWitch was right to be so excited — both of these dancers know what they’re doing. The highlight of Essence’s performance (her first performance anyway, but more on that in a second) was her ending shablam:

But then tWitch, in his infinite wisdom, suggested that her entertaining routine was actually confining her a bit, so he asked her to freestyle. And oh, did Essence freestyle. She’s one to watch.

So is Camila, who appeared on the "Next Generation" season of the show years ago and is back to high-kick her way back into the competition. Is she confident? Well, she does this in the first 2 seconds of her audition, so you tell me: 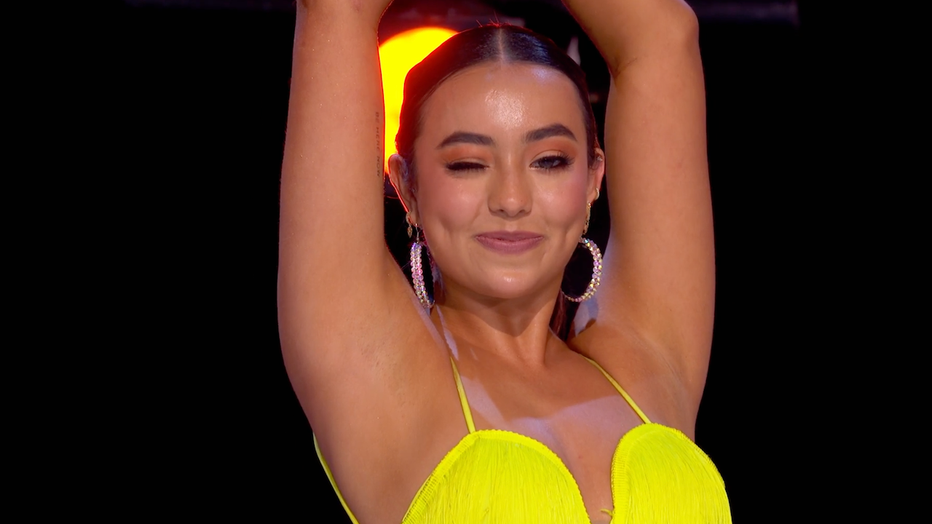 Anyone who has some experience with auditions will tell you that can be difficult to summon the presence of mind to calmly state your name at the beginning of an audition, let alone deliver a perfect wink to a camera that’s got you in close-up in the tiny little moment before your music kicks in. How? How, Camila?

They both move on, obviously, as tWitch’s obvious enthusiasm is matched by that of his fellow judges, particularly "The Masked Singer" alumnus JoJo Siwa. Oh, and you know who else Cool Dance Dad loves? Other Cool Dance Dads! Meet Armando (a.k.a. Decoy) of Phoenix, AZ:

Now it’s possible, dear reader, that you just skipped right past that Tweet and on to this paragraph. I urge you, even if you already watched the episode, don’t do that. Watch Armando’s number, whether it’s for the first time or the fourteenth. Thanks to him, we now know what it would have been like if Charlie Chaplin was a hip-hop dancer with reality TV ambitions!

WATCH FREE ON TUBI: JoJo Siwa gets her start as a star in "Dance Moms"

Armando is another obvious frontrunner, a dancer of so much skill and charisma that he makes tWitch repeatedly holler, get up out of his seat and eventually turn all the way around to make sure everyone else is watching. Armando! You’re a winner, baby!

And your baby is also a winner, baby! 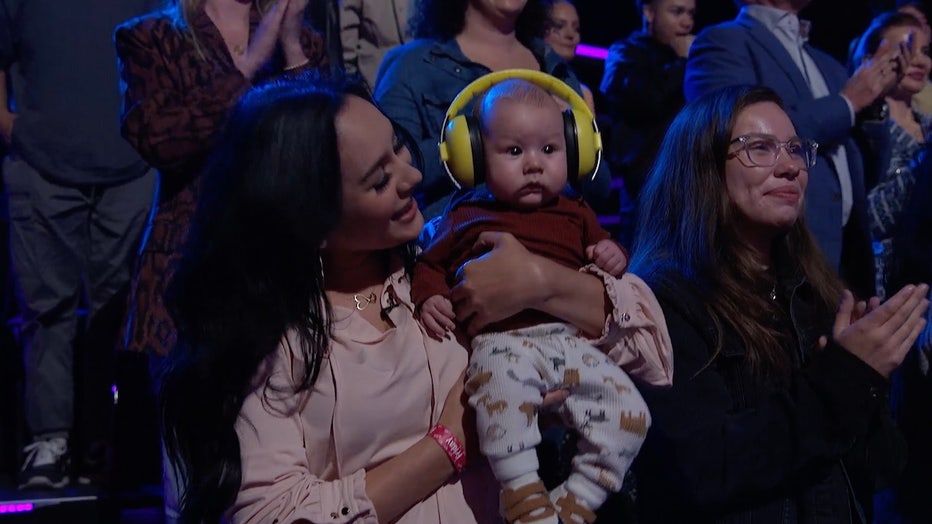 "So You Think You Can Dance": A montage of yes, three stars and one ‘no’ 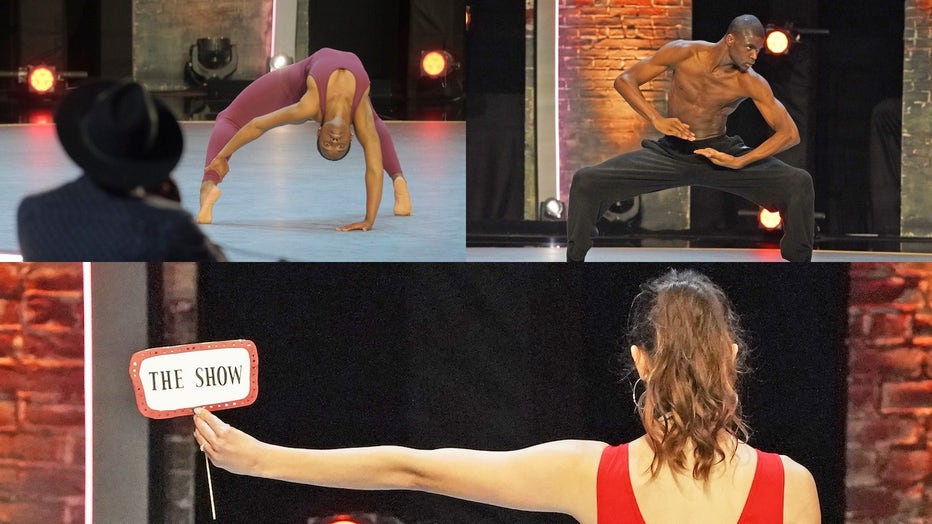 Next up is the week’s inspiring tearjerker. Week one introduced mental health advocate Maci, in week two we met E.M.T. Zyiasia and now it’s time to fall in love with Ralyn, a young woman whose rigorous school-track-dance-repeat schedule was cruelly interrupted by Hurricane Ida.

Ralyn says dance gave her strength, and all that strength and passion are evident in her captivating performance.

All three judges heap praise on Ralyn’s performance, but when JoJo notes that she thinks Ralyn might still have something left in the tank, tWitch disagrees pretty vehemently. Cool Dance Dad knows! It turns out Ralyn wouldn’t have needed JoJo’s ‘yes’ vote, but she gets it anyway. And that leads us to tonight’s montage: contemporary dancers being amazing! 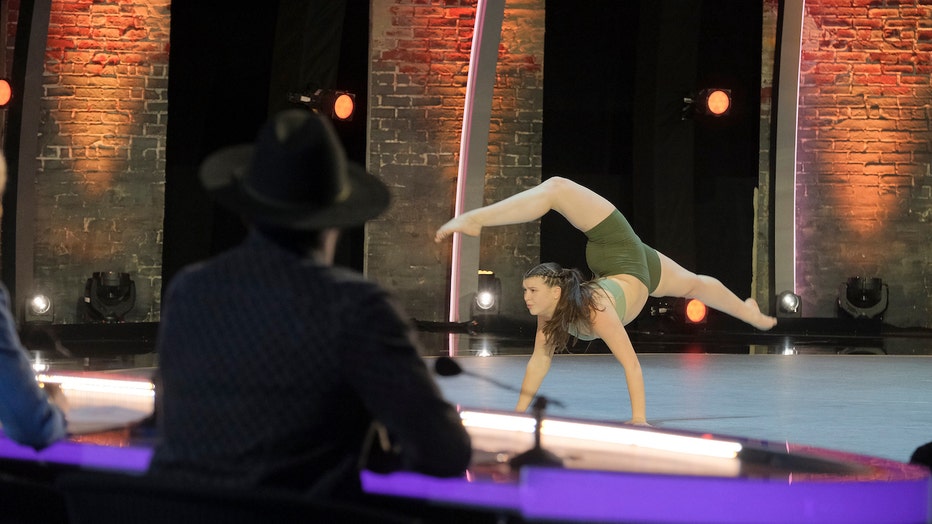 Some top-notch editing links together a handful of beautiful contemporary performances by female dancers, and the supercut underlines both their similarities (one dancer begins a move and another seems to complete it) and their differences. We don’t see much of any of them, but expect some (if not all) of these dancers to impress in the choreography round.

Alas, the next dancer is someone you won’t see next week.

25-year-old Malia takes an eclectic approach to dance, combining character, comedy and choreography to create something joyful, playful and surprising. Her "character jazz" number delights the judges (though it must be said that when JoJo tells tWitch that it’s "really entertaining to watch her, though," it seems like she’s probably not destined for glory).

But while tWitch gives her the first of three no votes, he also says that it’s a no for this show specifically, but that she’s got a real career ahead of her as a creative — a choreographer, performer, director, you name it.

WATCH FREE ON TUBI: Celebs anonymously hoof it in "The Masked Dancer"

Frankly, the supercut of silly faces she films with Cat Deeley is a pretty great consolation prize.

And last we have Waverly, a dancer from Washington Heights, NY whose audition is so good that it, like Thiago’s, could more than speak for itself.

Waverley’s deeply personal performances see him working against the sedate tempo of his music, and it’s both moving and fascinating. Expect great things from this season’s final audition.

"So You Think You Can Dance" airs Wednesdays on FOX. The first two episodes are also currently available to stream on Hulu. Recaps run weekly.