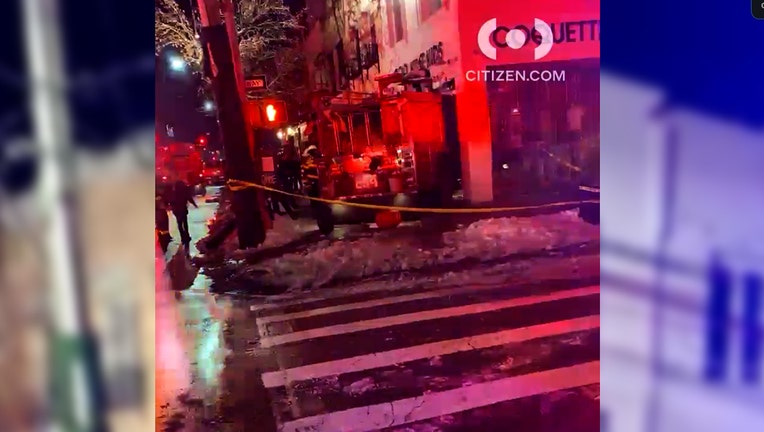 The FDNY says that the engine was responding to a house fire on Bay Parkway at about 11:30 p.m. Sunday in the Gravesend section of Brooklyn when it hit a Mercedes and went barrelling into a children’s clothing store on Ave. U.  An image from Citizen App showed the scene.

Five people who live in a building next door to the clothing store were also evacuated as a precaution.  An investigation continued Monday, according to the NYPD.