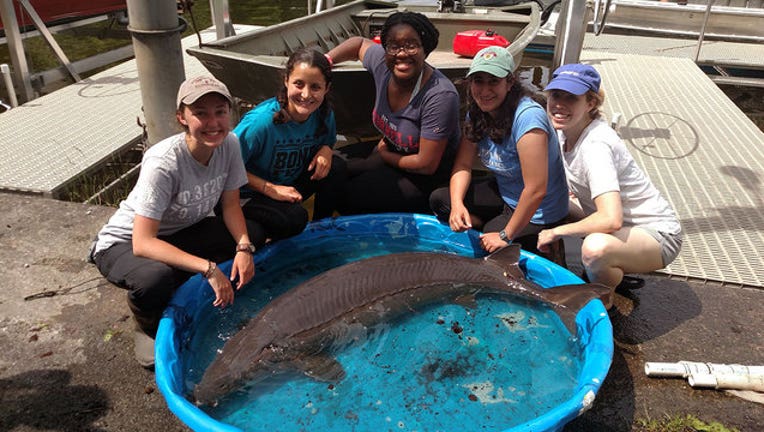 On Saturday, DEC Commissioner Basil Seggos has announced that fisheries researchers caught a 72.5-inch, 139-pound lake sturgeon, believed to be one of the 320 juvenile sturgeon that were stocked in the lake in 1999.

"This catch is great news for New York's lake sturgeon recovery program," Commissioner Seggos said. "The 139-pound sturgeon is the largest recorded from Oneida Lake since stocking began and it's an encouraging sign that efforts to recover this ancient fish, listed as a threatened species in New York since 1983, are working."

Biologists sedated the sturgeon upon capturing it, measured and weighed it, took samples to determine its age and allowed the fish to recover before releasing it back into the lake.

Lake sturgeon can reach maximum lengths of over seven feet and can weight more than 200 pounds. The largest sturgeon recorded in New York in recent history was an 88-inch, 250-pound fish that washed up on the shores of Lake Erie in 1998.