Video from outside of a deli in Bedford-Stuyvesant when a man identified as Joel Mangal, 38, threw a Molotov cocktail inside.

NEW YORK - The FDNY says that fire marshals have arrested a man for an alleged Molotov cocktail attack that resulted in damage at a deli in Brooklyn.

According to authorities, it happened just before 8 a.m. on October 30.

They say that Joel Mangal, 38, threw an improvised incendiary device inside of a deli on Nostrand Avenue in Bedford-Stuyvesant.

The fire was quickly brought under control by firefighters and only one person was treated for non-life-threatening injuries.

Video from inside a Bedford-Stuyvesant deli that was targeted in an alleged Molotov cocktail attack by a man identified by authorities as Joel Mangal, 38.

In a surveillance video, authorities say Mangal can be seen outside the store, lighting an incendiary device before throwing it into the store, causing an explosion of flames.

The people inside ran out of the building. Mangal then attempted to throw another molotov cocktail inside but another man knocked it out of his hand, shattering it on the street.

Mangal then ran away as people inside the store attempted to extinguish the flames.

"Fortunately, there was no loss of life here. The investigative work from the Explosives and Arson Task Force comprised of our Fire Marshals, the NYPD, and ATF, led to the timely arrest of this suspect who threatened the safety of our communities by using such a cruel and destructive device," said Fire Commissioner Daniel A. Nigro. "FDNY will continue to work alongside local, state, and federal partners to bring to justice those who use fire as a weapon against New Yorkers." 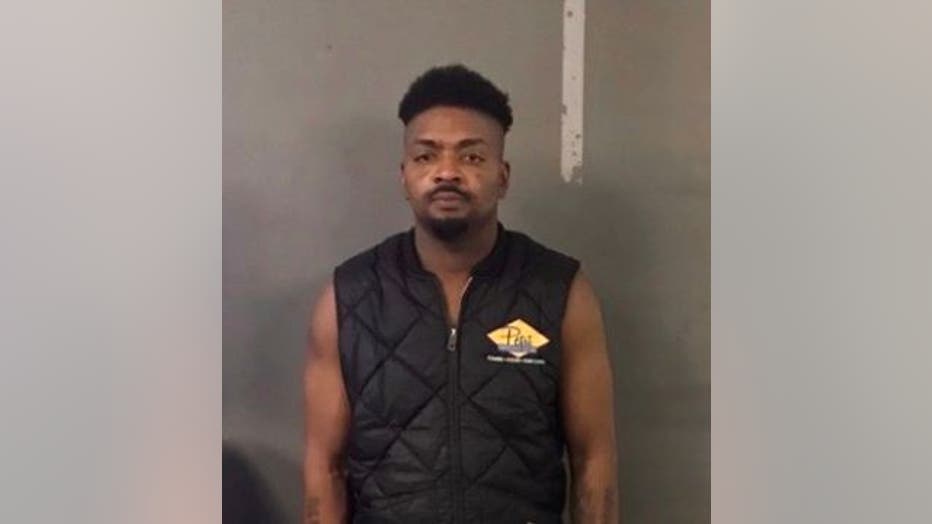