The incident was captured by a camera on the helicopter, which at the time was assisting Port St. Lucie Police on an unrelated burglary.

The sheriff's office said Norman Flaxman walked out of his home on Southwest Belmont Circle, looked up, and then pointed the weapon directly at the helicopter, "deploying the laser two to three times."

The MCSO said Flaxman told police he did it because he wanted to test his laser. He was charged with the felony offense of pointing a laser at a pilot or driver, the sheriff's office said. 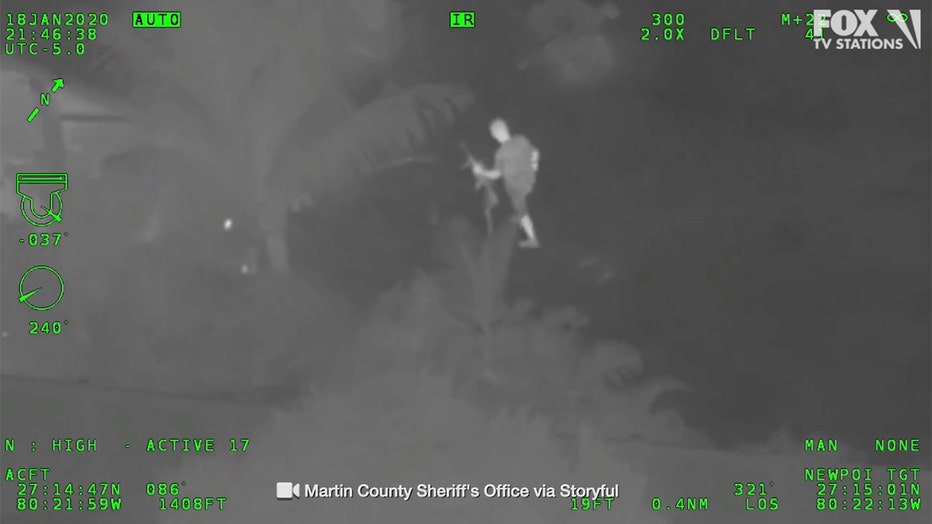