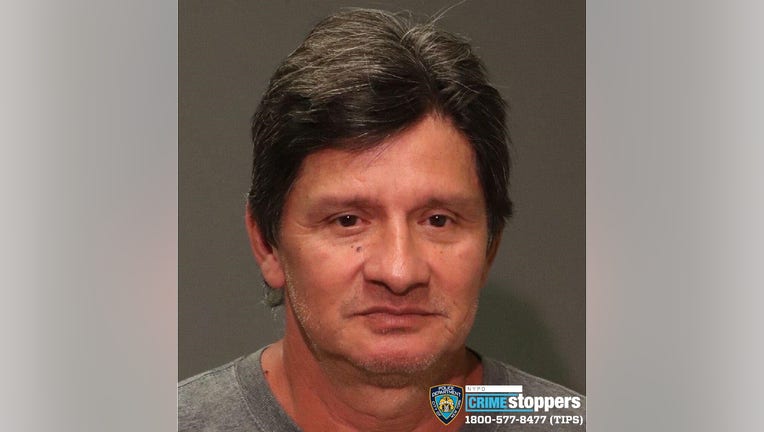 NEW YORK - The NYPD wants to identify any additional victims of a man who is accused of sexually abusing at least two girls in a building lobby in the Concourse section of the Bronx.

Washington Jaramillo, 62, faces several charges after he touched the buttocks of two girls ages 10 and 6. The assault occurred in the area of Grand Concourse and East 167th Street on Aug. 15 at about 7 p.m., according to police.

Jaramillo approached the girls, touched them and kissed the six-year-old on the lips, added cops. He faces charges including sex abuse, forcible touching and acting in a manner injurious to a child.

Anyone with information in regard to additional incidents pertaining to this male is asked to call the NYPD's Crime Stoppers Hotline at 1-800-577-TIPS (8477). The public can also submit their tips by logging onto the Crime Stoppers website at WWW.NYPDCRIMESTOPPERS.COM, or on Twitter @NYPDTips.  All calls are strictly confidential.