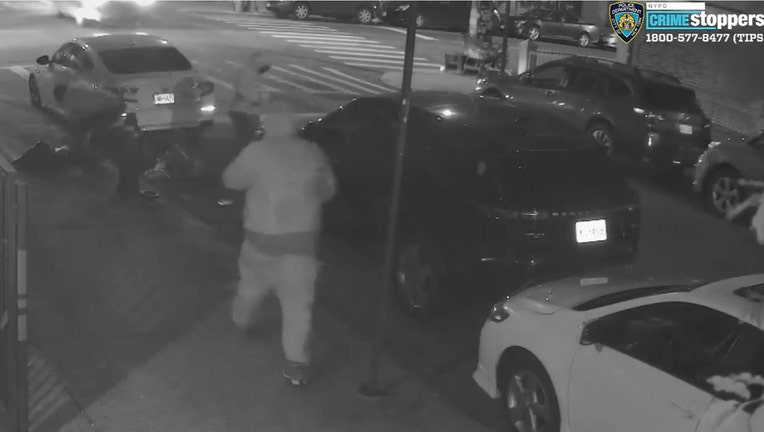 Men are seen picking up drugs that were thrown from the roof of a Brooklyn building.

NEW YORK - Police in New York say a dope deal on a Brooklyn roof went bad and ended up with the drugs on the sidewalk and random people taking off with the drugs.

The men pulled a gun, punched, and kicked the man, and then tried to rip a garbage bag full of marijuana from him.

The man threw the bag off the roof, and the drugs scattered onto the sidewalk in front of the building.

Several people saw the drugs, scooped them up, and took off.

The attackers took off in a black BMW sedan. The victim suffered cuts to his face and bruises on his body.  EMS took him to a hospital for treatment.

It was unclear if he faced any charges.

The NYPD continues to look for the other men involved in the incident.