According to the LAPD, the vandalism occurred sometime between 7:15 a.m. and 7:30 a.m. at the church located along North Broadway.

The department is calling the incident a hate crime and believes the perpetrator committed the act due to it being Indigenous Peoples Day/Columbus Day. Someone drove by the church about two hours after it happened and reported the crime.

Police are investigating after an Italian Catholic church was vandalized in downtown Los Angeles.

Investigators also say it appears someone tried to break into the front door of the church, however, they were unable to get in.

The associate pastor told FOX 11 off-camera that he and the pastor were in the back praying at the time and did not hear or see anything unusual. Now, they are praying for the criminal who vandalized their church.

He also noted the church has been vandalized before. 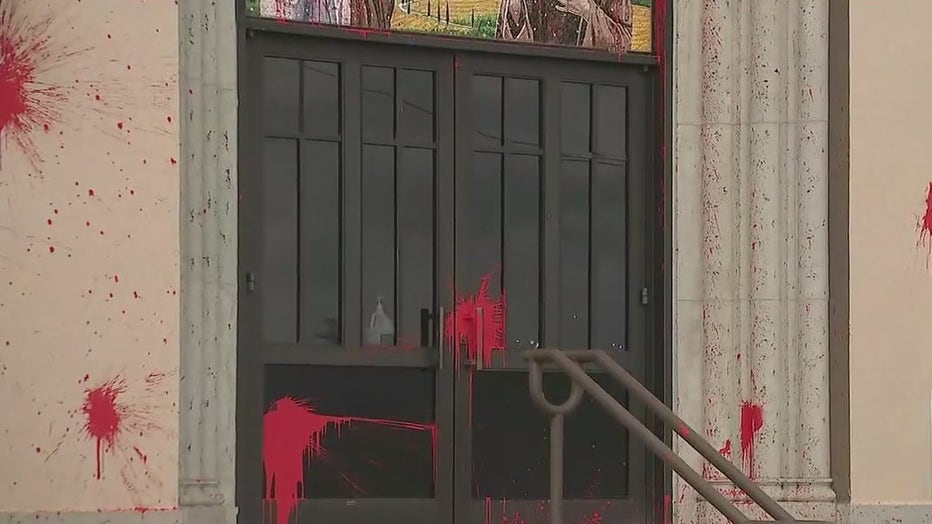 Some people in the area were upset by the sighting of red paint splattered on the church’s beige exterior.

"I think it’s absolutely disgusting. If we can’t protect our churches and temples, what are we doing here as the City of Los Angeles? Thank goodness Cpt. [Elaine] Morales and the senior lead officers came out, but this is pathetic," one resident told FOX 11’s Hailey Winslow.

In addition to the red paint, "land back," was written on the sidewalk in front of the church, as well as on the church's gates and on its exterior signs. 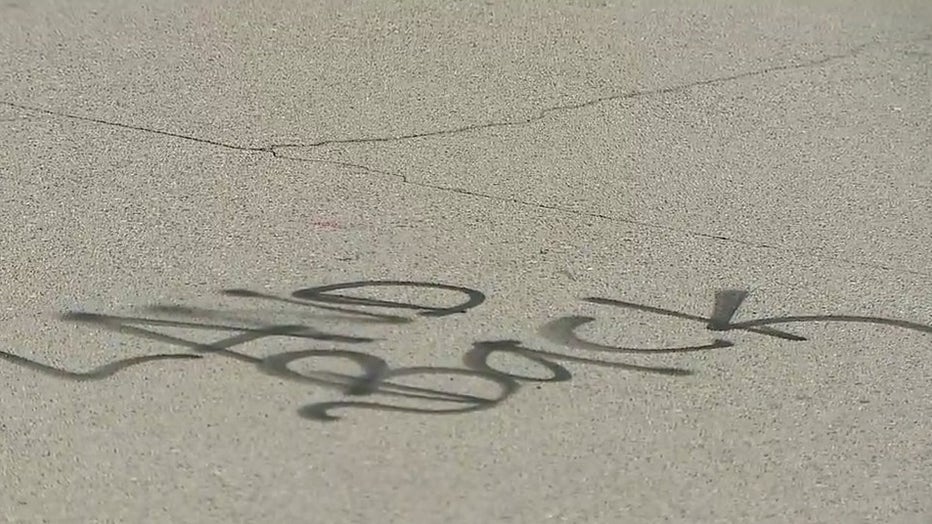 As a global city with many cultures and traditions, Los Angeles should set an example of how modern society is able to respect all cultures.

Today should be about celebrating our diversity and contributions to society, without the need for hatred or violence. We all need to work together, not breed division and hate with one another.

I pray that our city can truly embrace and be proud of our diversity."

"Our centennial church, which has served the Italian community since 1904, had its facade damaged by vandalism this morning October 11, 2021. Our parish and the Archdiocese of Los Angeles are working with law enforcement on the investigation.

Our parish lives in the spirit of the gospel and will continue to strive for harmony, unity and cooperation with all communities. We will continue with our outreach programs in collaboration with the Missionaries of St. Charles Scalabrinians, the Order of Malta and other nonprofit organizations, to help the needy and the poor of all nationalities.

We pray for all the people who suffer discrimination and isolation, so that they can find peace in their hearts, and we can live in harmony and peace. Our parish is a home of prayer and encounter, where everyone is welcome to find GOD. We forgive and look forward to having the strength to do GOD’s will.

The Major Crimes Division collected various evidence from the scene.

Anyone with information is asked to contact the LAPD.