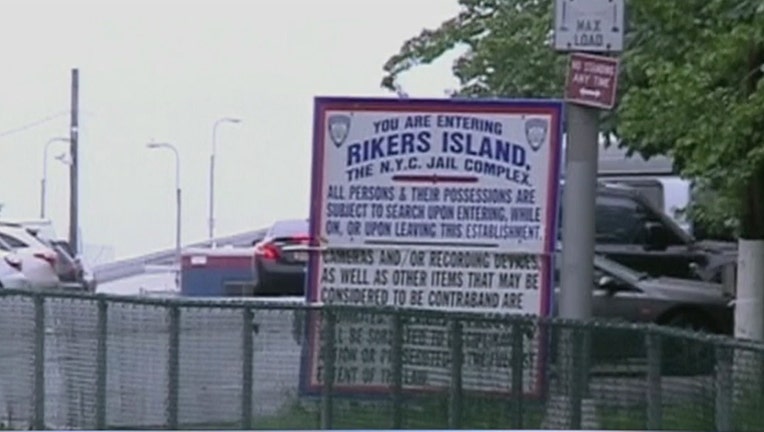 A sign shows the outside of the Rikers Island Jail complex.

NEW YORK - A correction officer at Rikers Island Jail was stabbed in the neck with a wooden object by an inmate, according to the Correction Officers' Benevolent Association.

Sources tell FOX 5 News that Keith Lopez, 46, an alleged member of the Bloods gang, approached the officer from behind and stabbed him Thursday morning.

The officer was taken to Mount Sinai hospital where he was treated and was expected to recover.

The COBA President blamed the city's "soft on crime approach" to criminals and is calling on the city to make jails safer.

"The culture of violence brought to us from the streets is going to return to the streets if inmates like this are let go," said COBA President Elias Husamudeen. "Instead of giving inmates who assault our members a free pass or making us wait seven years for safer jails, the city needs to start listening to us and make the jails safer now.”

Lopez has been locked up since August 2018 on various charges including burglary, robbery and criminal possession of a controlled substance.

The city has approved a plan to close the notorious jail complex by 2026 and replace it with four smaller jails in several boroughs.