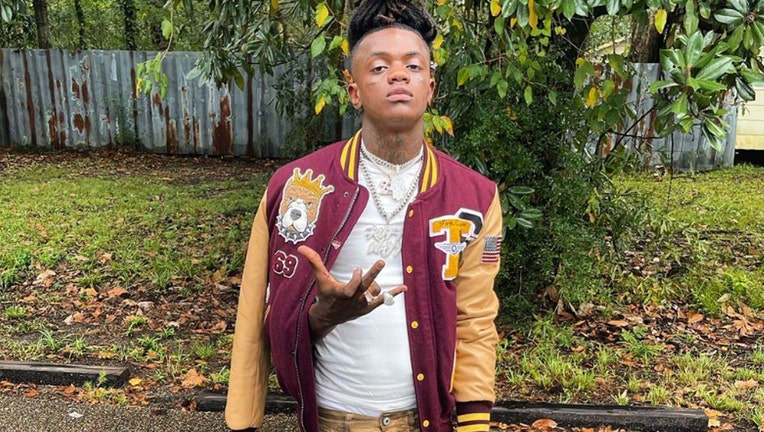 Rapper JayDaYoungan is seen in a photo from his Instagram page.

A Louisiana rapper with a large social media following was gunned down outside his home on Wednesday evening.

24-year-old JayDaYoungan was shot just before 6 p.m. in Bogalusa.

The Bogalusa Police Department says the rapper, whose real name is Javorius Scott died at Our Lady of the Angels hospital.

Another victim, described as close relative Kenyatta Scott Sr., was also at the same hospital in stable condition.

Police were investigating if a second shooting into a car about an hour later was related.  No one was hurt in the second incident.

Detectives had not made any arrests but they said they were conducting interviews and working on leads.

JayDaYoungan released his studio debut Baby23 featuring appearances by DeJ Loaf, Moneybagg Yo, and Kevin Gatesin 2020, according to a bio on Pandora.

He previously had Billboard charting songs on a mixtape called Forever 23.