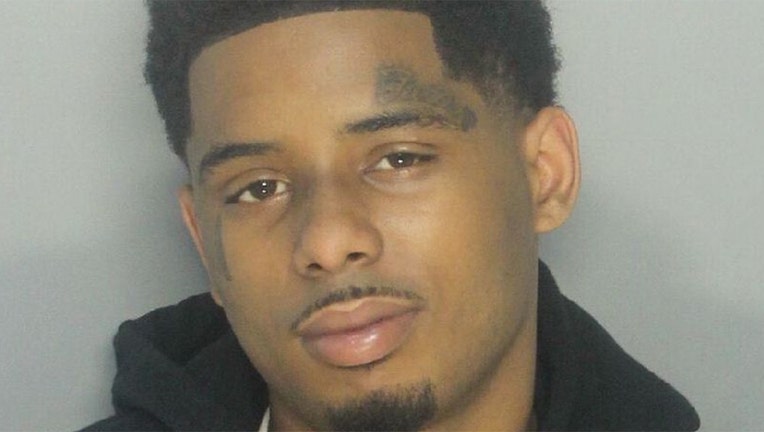 NEW YORK - Rapper Pooh Shiesty was arrested Tuesday in connection with a shooting at a Miami strip club.

Shiesty, whose real name is Lontrell Williams, allegedly shot a security guard in the leg at the King of Diamonds.

Footage of the incident during Memorial Day weekend was posted on Instagram.  It shows the rapper openly carrying a gun.

Shiesty was allegedly robbed of $40,000 while performing at the club, according to Hot97.

Shiesty, 22, is known for his hit "Back in Blood" and his debut commercial mixtape, Shiesty Season.