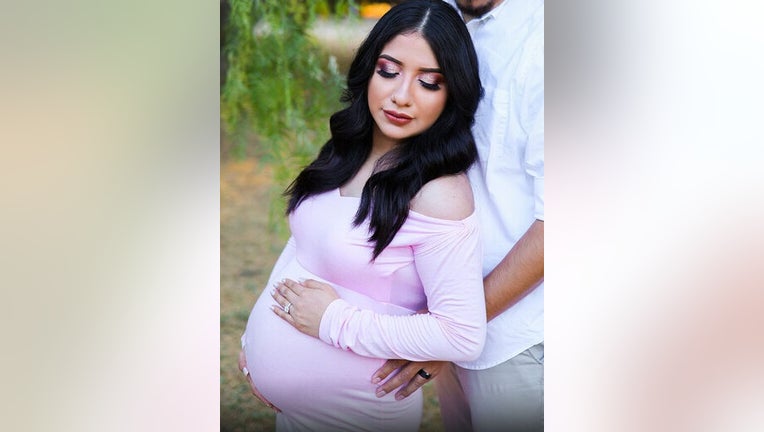 ANAHEIM, Calif. - A 40-year-old Garden Grove woman faces vehicular manslaughter and DUI charges after allegedly hitting a woman who was 35 weeks pregnant with her SUV in Anaheim, killing the woman and leaving the baby in critical condition, authorities said Wednesday.

The victim was identified as 23-year-old Yesenia Lisette Aguilar, who was expecting a baby girl.

Her loved ones started a GoFundMe in her honor.

The deadly collision occurred just after 7:30 p.m. on Katella Avenue, near Bayless Street, according to Sgt. Shane Carringer of the Anaheim Police Department.

Aguilar was walking on the sidewalk when the vehicle jumped the curb and struck her, Carringer said.

According to Sgt. Carringer, her husband attempted CPR before his wife was taken to a hospital, where she died.

The baby girl was hospitalized in a neonatal intensive care unit and was listed in critical condition.

The 40-year-old driver was taken to a hospital with non-life-threatening injuries, and investigators believe drugs or alcohol may be a factor in the crash, Carringer said.