Witnesses told KTVU they saw a group of four people, possibly teens, arguing near a Forever 21. They said someone then retrieved a gun from a backpack and started shooting. Elissa Harrington reports

The incident unfolded around 5:48 p.m. at Westfield Oakridge Mall on Blossom Road.

Authorities said the incident appears to be isolated and not an active shooter situation.

A swarm of officers responded to the scene and placed the mall on lockdown as they conducted a search of the area, clearing it about 9:40 p.m.

The San Jose Police Department initially reported that someone was wounded in the shooting, but later clarified and said that they have not yet located the victim. They also have not found the shooter.

Sgt. Christian Camarillo said it appears a fight did occur between several people and one of those suspects produced a gun and fired several rounds.

Witnesses told KTVU they saw a group of four people, possibly teens, arguing near a Forever 21. They said someone then retrieved a gun from a backpack and started shooting.

"They were arguing with two other kids and it looked like they were about to fight," said one boy who was a witneess. "And all of a sudden I see the kid with his girlfriend, he pulled a gun out of his bag and started shooting. Who was he shooting at? Two other kids that started running, I don’t really know who they are." 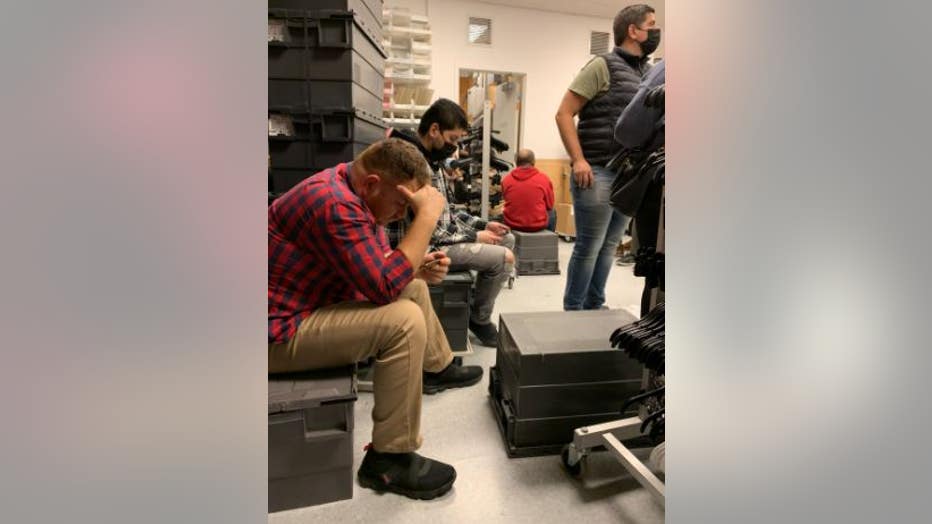 A witness shared video taken after a shooting inside a San Jose mall that left one person wounded.

Hannah Mock was also in the mall when the shots rang out. She said H&M store employees took shoppers into a stockroom for them to hide.

"I just see people starting to scream and run in all directions and luckily the employees of the store were really good, they let us all into the back stockroom and we all sort of sat tight in there until the police came and let us all out," she said.

Officers eventually came and escorted them out. Video shows workers at a Cheesecake Factory barricaded inside the restaurant.

Witnesses said the shooter ran towards the food court and sent shoppers into a frenzy, screaming and running.

Video of the aftermath shows several shell casings on ground.

Officers can be heard in the background saying, "Come out with your hands on the ground."

San Jose police said they would provide the public with an update on Tuesday morning.

One person shot in isolated incident at Oakridge Mall

Authorities say a victim was wounded in a shooting at Oakridge Mall in San Jose.