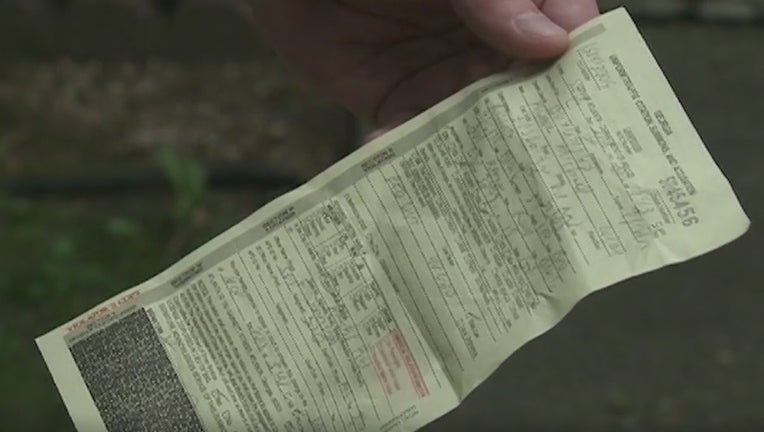 HIALEAH, Fla - Two Florida police motorcycle officers are facing charges that they issued dozens of bogus tickets to drivers they never pulled over.

Hialeah officers Ernesto Arias Martinez, 23, and Armando Perez, 40, are facing multiple counts of official misconduct after their arrests Wednesday, the Miami Herald reports.  Perez has been with the city police department for five years, Arias Martinez for four.

An internal affairs investigation found the two had issued dozens of bogus tickets to at least nine drivers in early 2020, court records show.

The Herald reports the scheme fell apart when lawyers who specialize in defending drivers who get tickets started soliciting business from people who had no idea what they were talking about.

One law office asked Reicel Sosa Polo if wanted help with the 10 tickets he had received. Sosa had never been pulled over, but remembered driving past two Hialeah motorcycle officers recently. He filed a complaint with Hialeah police.

Another driver filed a complaint after she received a letter from the state saying her license was about to be suspended because she had not paid six tickets. All were issued on the same day in January 2020 and she said she had never been pulled over, records show.

That led to the internal affairs investigation and the pair's arrest.

Perez's attorney, Michael Greico, said he wants to see what evidence prosecutors have. Arias Martinez's lawyers had no comment.

The officers' union distanced itself from the pair.

"As law enforcement officers, we are entrusted in protecting and serving our residents, and these alleged actions have violated the trust of the people and rightfully so," said Marlon Espinoza, president of the Hialeah Fraternal Order of Police in a statement. "We ask that our community not judge all our dedicated officers by the alleged actions of two."