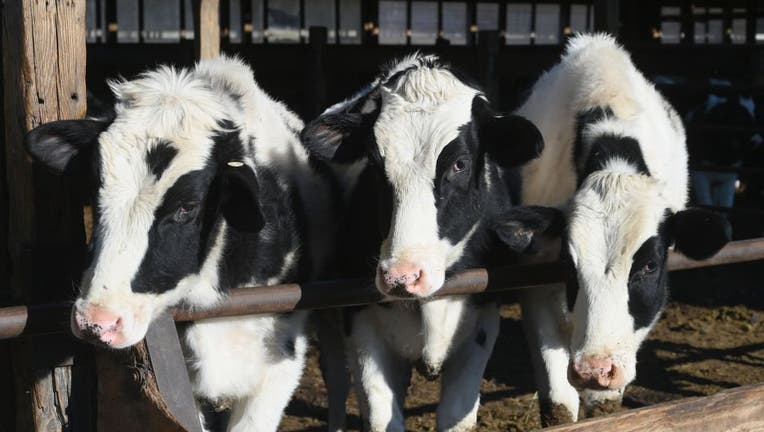 A police officer in Virginia was accidentally shot when he was helping to try to corral a cow that had escaped from a livestock auction.

It happened on Saturday in Harrisonburg.  Police received several complaints regarding a cow that had escaped and was running through the streets in both commercial and residential areas of the city.

Stockyard workers had tried to corral it but the animal was injured during the process.

After the cow was injured, officers became increasingly concerned about the potential threat from the injured animal.

While they tried to euthanize the cow, it suddenly charged at officers, hitting one officer, and Master Police Officer Bradley Boyce was hit in the legs by one bullet from another officer’s firearm.

Boyce was treated at Sentara Rockingham Memorial Hospital and later transported to UVA Medical Center where he was listed in stable condition.

The Harrisonburg Police say he was "alert and in good spirits."

Interim Chief Gabriel Camacho said, "On behalf of the HPD, we thank all of the members of the community who have expressed their concern for MPO Boyce and for all of the wishes for his speedy recovery."

Officers were eventually able to euthanize the cow.

The shooting remains under investigation.