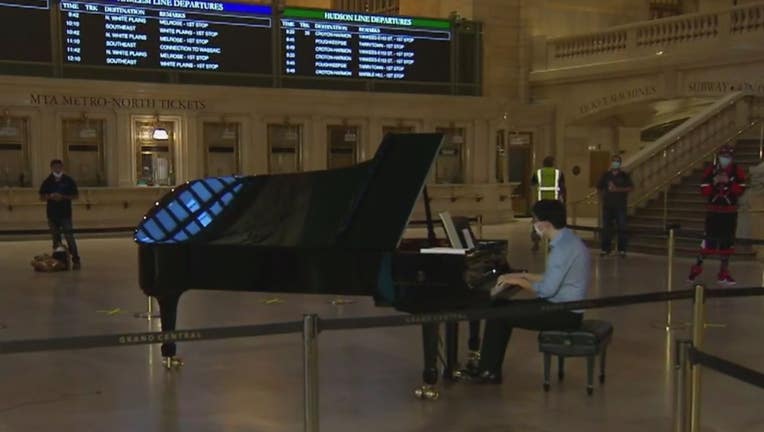 NEW YORK - MTA Metro-North welcomed back visitors and commuters to Grand Central Terminal with a grand performance. Pianists from The Juilliard School were performing on a Steinway & Sons piano, underneath the iconic constellation ceiling until 7 pm Tuesday.

Celebrating 107 years as a transit hub, the terminal has also released Spotify playlists with some of NYC’s musical institutions:

All of the playlists were created for listeners to enjoy on a train ride, or from the comfort of their home. As far as ridership, there’s been a significant decrease since the start of the pandemic, but as Phase II in New York City continues, ridership is slowly increasing. Masks are provided to riders who forgot one, and there are increased sanitization stations throughout the terminal.

Grand Central Terminal retail and restaurants are continuing to reopen in accordance with Phase II guidelines.