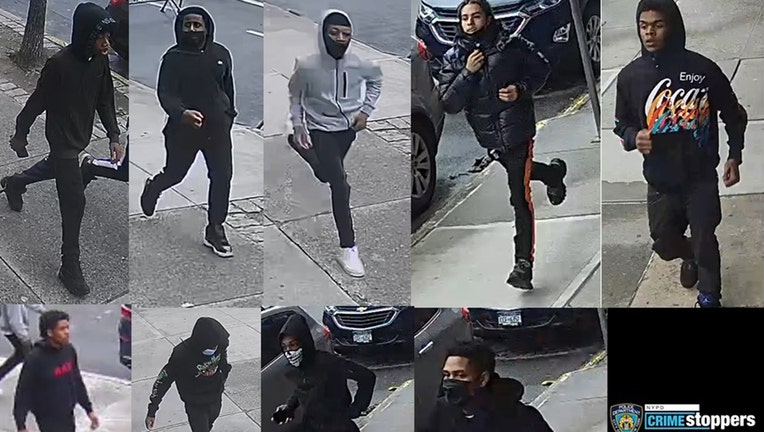 NEW YORK - The NYPD is hunting for a band of ten suspects who allegedly robbed and shot a 14-year-old in the Bronx.  Police say it happened on Friday, April 16th.

According to authorities, the victim was near Morris Avenue and 140th Street in Mott Haven at about 4:30 p.m. when the group of attackers approached him.  They began to punch and kick him.

One of them then pulled out a gun and shot him in the buttocks.

The group then stole his iPhone and ran away.

The victim was taken to an area hospital in stable condition, where he was treated and released.

Police released a composite image of most of the people who are wanted for questioning.

Anyone with information is asked to call the NYPD's Crime Stoppers Hotline at 1-800-577-TIPS (8477).  Police say calls are strictly confidential.