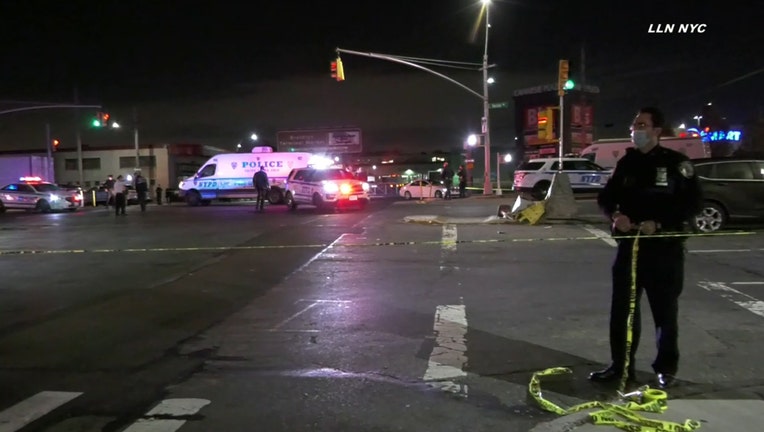 NEW YORK - An off-duty NYPD officer shot a man overnight who allegedly was trying to carjack him in the Canarsie section of Brooklyn.

It happened at about 2 a.m. Wednesday in the area of E. 87th St. and Foster Ave.  The suspect was taken to Brookdale Hospital and was expected to live.

Police say the officer was headed home when a man tapped on his driver-side window with a gun.

The NYPD says the officer got out of the car and the man shot at him.  The officer returned fire and hit him in the chest.

The suspect was taken to the hospital and remains in serious condition.  The officer went to a separate hospital to be evaluated.

The NYPD says the suspect had two guns and a knife on him.  No other details were immediately available.