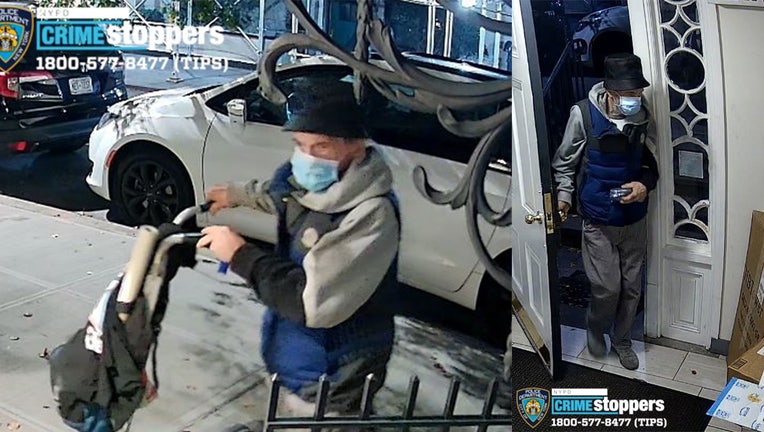 The NYPD is searching for a man in his 50s or 60s wanted who is wanted in connection to a pair of burglaries in Greenwich Village.

The NYPD is on the hunt for an elderly burglar who struck at a pair of locations in Greenwich Village last month.

According to authorities, at around 11:40 p.m. on November 6, the suspect broke into a residential apartment located at Charles Street and Waverly Place.

Once inside, he took two protein shakes and cosmetics, valued at roughly $105, before fleeing the scene heading west on Charles Street.

A few weeks later at around 3:10 a.m. on November 29, the suspect broke into another apartment, this time located near Bank Street and Waverly Place.

Once inside, he took cleaning supplies, Amazon products, and shelf dividers worth a total of roughly $469 before fleeing the scene heading West on Bank Street.

There were no injuries reported as a result of either incident.