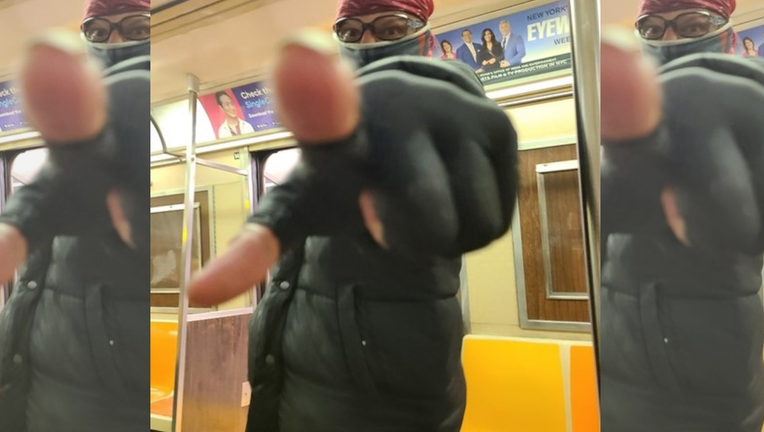 NEW YORK - The NYPD is hunting for a man they say hurled anti-Asian slurs at a 34-year-old woman on a subway train on Thursday.

According to authorities, at roughly 11:30 a.m., the suspect approached the woman who was sitting inside of a stationary Q train car on the southbound side of the 96th Street subway station.

The man angrily pointed his finger in the woman's face and spewed anti-Asian slurs at her, police say, before fleeing the train car.

The victim, who was uninjured, was able to take a cell phone photo of the suspect before he ran away.

The NYPD's Hate Crime Task Force is investigating the incident.

Anyone with information in regard to the identity of this individual is asked to call the NYPD's Crime Stoppers Hotline at 1-800-577-TIPS (8477) or for Spanish, 1-888-57-PISTA (74782). The public can also submit their tips by logging onto the Crime Stoppers website at WWW.NYPDCRIMESTOPPERS.COM, or on Twitter @NYPDTips. All calls are strictly confidential.