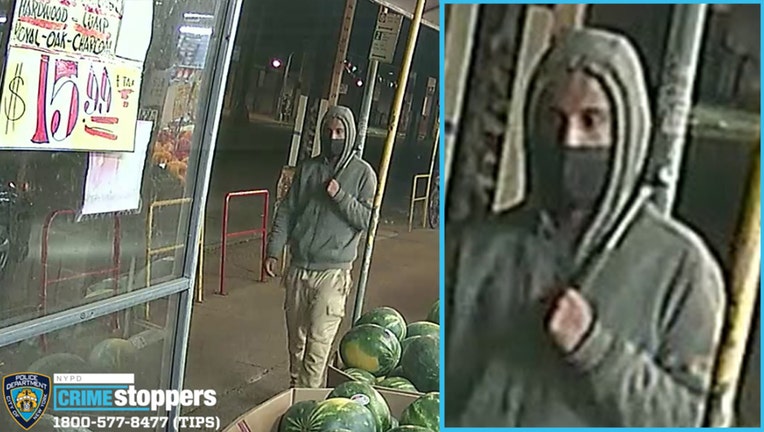 The NYPD released this image of a man they believe vandalized a Catholic church in Brooklyn on May 13, 2021. (Via NYPD Hate Crime Task Force)

NEW YORK - The NYPD has announced that they have arrested a suspect wanted for allegedly vandalizing a Catholic church in Brooklyn last week.

Ali Alaheri, 29, of Brooklyn has been charged with criminal mischief as a hate crime after he allegedly tore down a large crucifix at t. Athanasius Church on Bay Parkway in Bensonhurst at about 1:36 a.m. on May 14, police said. Police say Alaheri then pulled an American flag off the front of the church and burned it, damaging the church fence, according to the NYPD.

Later that morning, a parishioner noticed the damaged crucifix and told the pastor, Monsignor David Cassato.

"When I looked at the face of Jesus smacked down and on the ground, what came to my mind was, 'Father forgive them for they know not what they do,'" Cassato told The Tablet, the newspaper of the diocese. "I could almost cry because it's such an offense."

Cassato said he had the crucifix installed in 2009 in his mother's memory.

After another act of vandalism at a different church in the borough a few days later, the Brooklyn Diocese asked the NYPD to increase patrols around its churches, according to a statement.

"Hatred and intolerance of the Catholic faith, and for that matter any faith, has no place here," Monsignor Anthony Hernandez of the Brooklyn Diocese said in the statement.