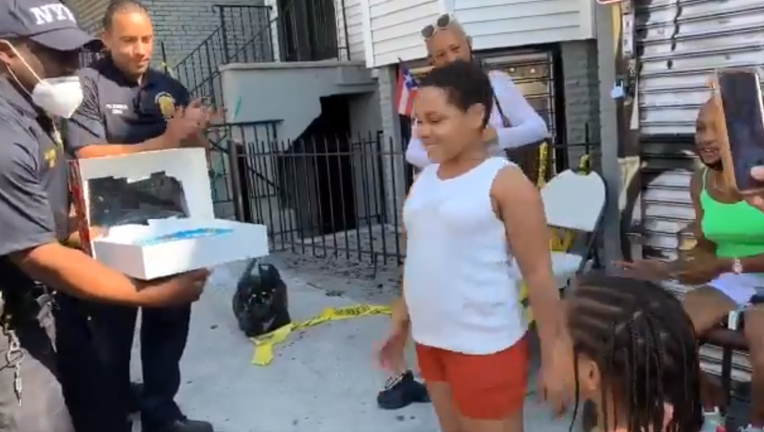 NEW YORK - After a massive fire ripped through a three-story building in the Highbridge section of the Bronx, leaving 14 people injured, the NYPD did its part to bring a little joy into the life of a girl left homeless by the fire.

On Saturday, NYPD officers in the Bronx surprised Juliette, who turned 10 on Saturday, with a birthday cake after her family lost their home in the fire.

“Join us in wishing Juliette a Happy 10th Birthday!" said NYPD Chief Jeffrey Maddrey in a Tweet. "Today has been a tough day for Juliette and her family. They were one of 15 Bronx families who lost their homes in a fire today. Officers from the NYPD CAB Rapid Response Team all pitched in to buy a cake for Juliette.”

Video posted to social media shows the officers singing “Happy Birthday” to Juliette with her family, before presenting her with a cake.

The cause of the fire that damaged the building is still under investigation.