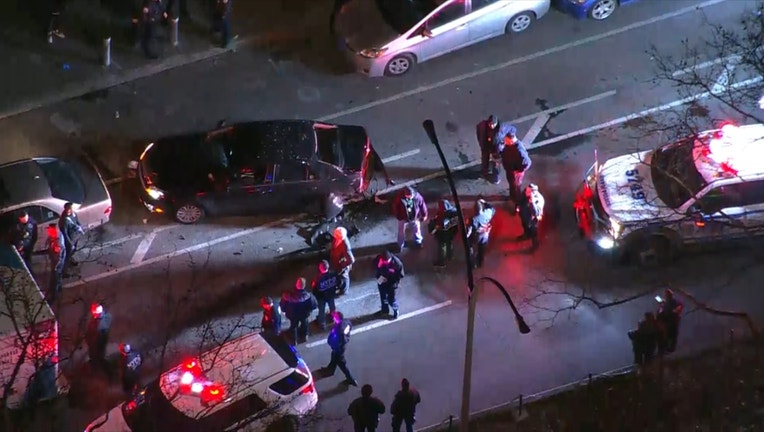 NEW YORK (AP) - A New York City police officer was injured when a man pinned him between his car and the patrol vehicle Tuesday night.

NYPD officers conducted a traffic stop in Manhattan's Lower East Side and when they were returning to their car, the man reversed his vehicle, police said.

One of the plainclothes officers became pinned between the two vehicles on East Houston Street and Avenue D.

The officer suffered a leg injury and was taken to a hospital for treatment. He was responsive and alert.

Officials said the man was taken into custody and charges against him are pending.