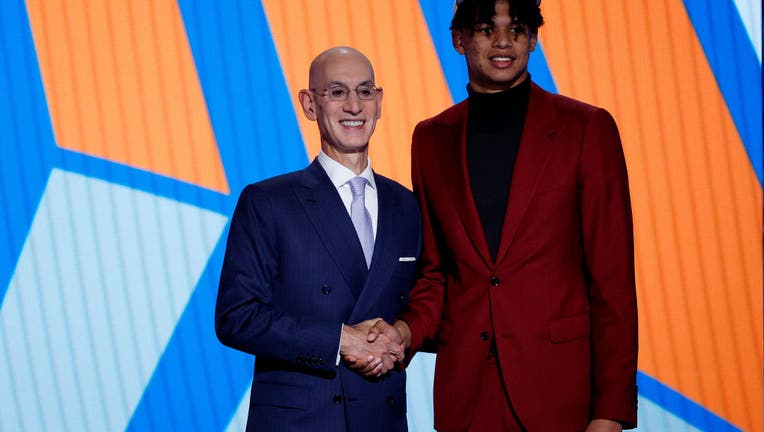 NBA commissioner Adam Silver (L) and Ousmane Dieng pose for photos after Dieng was drafted with the 11th overall pick by the New York Knicks during the 2022 NBA Draft at Barclays Center on June 23, 2022 in New York City. (Photo by Sarah Stier/Getty I

NEW YORK - The New York Knicks have drafted Ousmane Dieng of France with the 11th pick in the 2022 NBA Draft.

The New York Knicks endured a disappointing 2021-22 season, finishing 37-45 and missing out on the playoffs just one year after making the postseason in 2020-21.