A scary video shows a mugger chasing and fighting with a 65-year-old victim in Brooklyn.

NEW YORK - A frightening video released by police shows a mugger chase and attack a 65-year-old woman in broad daylight in Brooklyn.

The NYPD released the video Tuesday.  It says it happened about 4:40 p.m. on Sept. 28, 2021, at the intersection of St. Edwards St. and Willoughby St. in the Fort Greene neighborhood.

The man jumped off his bike and approached the woman.  He grabbed her purse but she resisted.

He eventually punched her in the face and dragged her to the ground.  The video shows the woman holding her face while refusing to let go of her bag.  Others watched as the mugging continued.

The mugger eventually gave up and jumped back on his bike and took off.

The woman suffered injuries to her face, back, and body.  EMS took her to Brooklyn Hospital for treatment.

Police are hoping that the video will help someone identify the attacker. 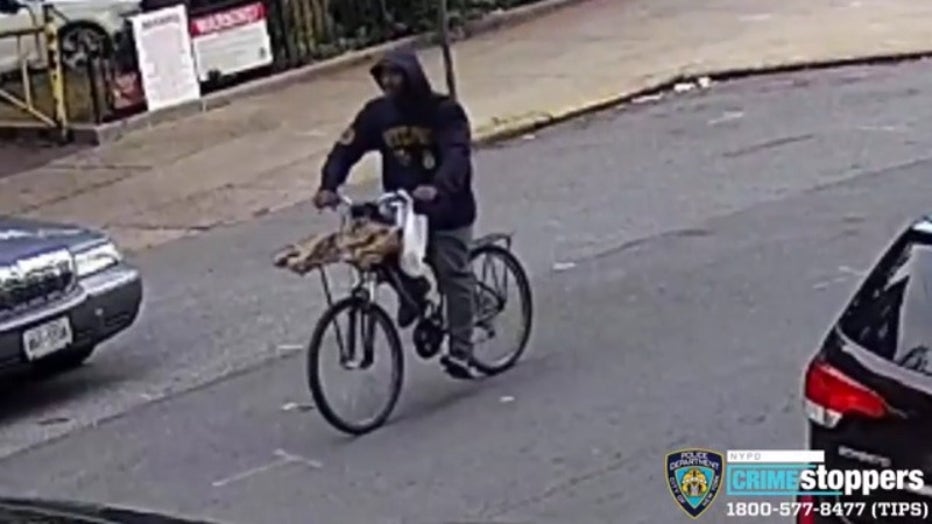 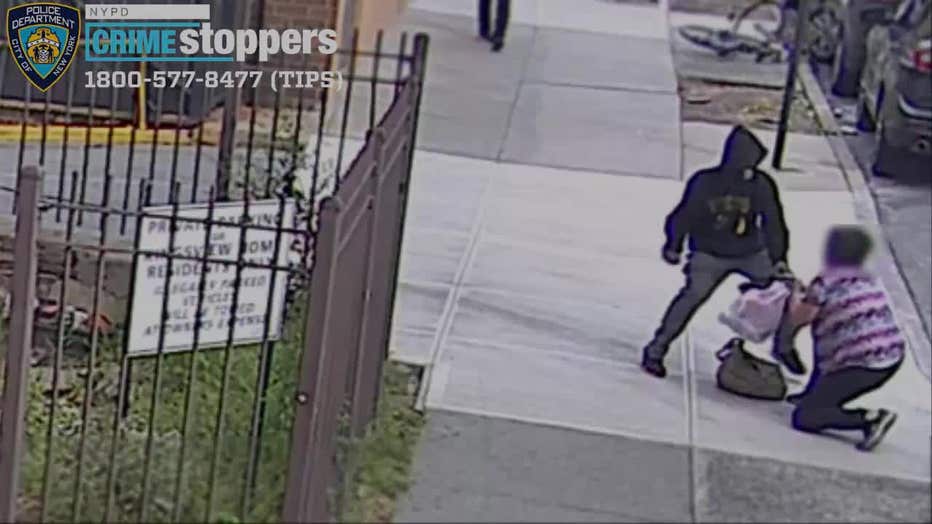 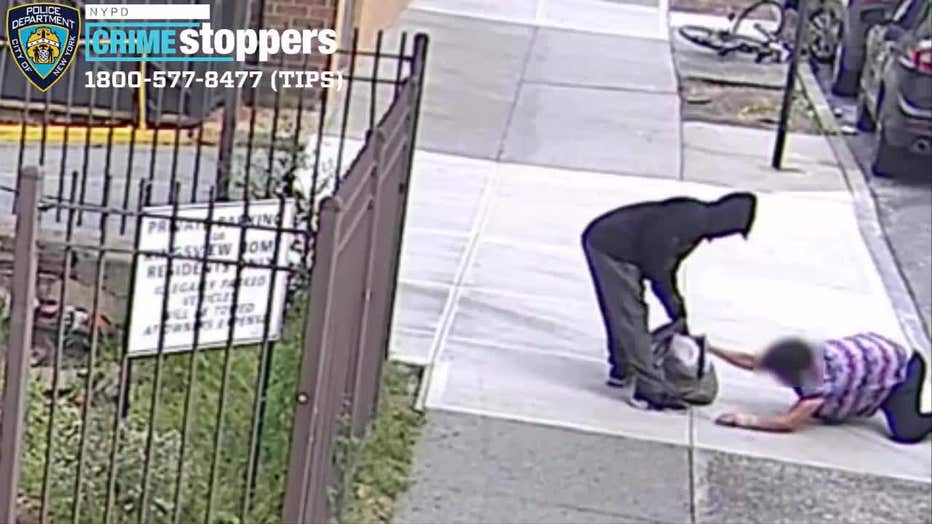 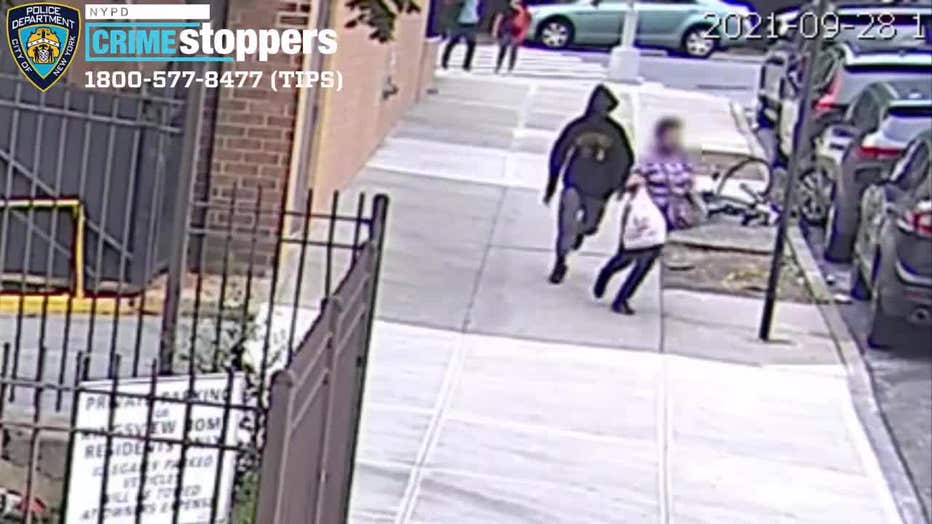 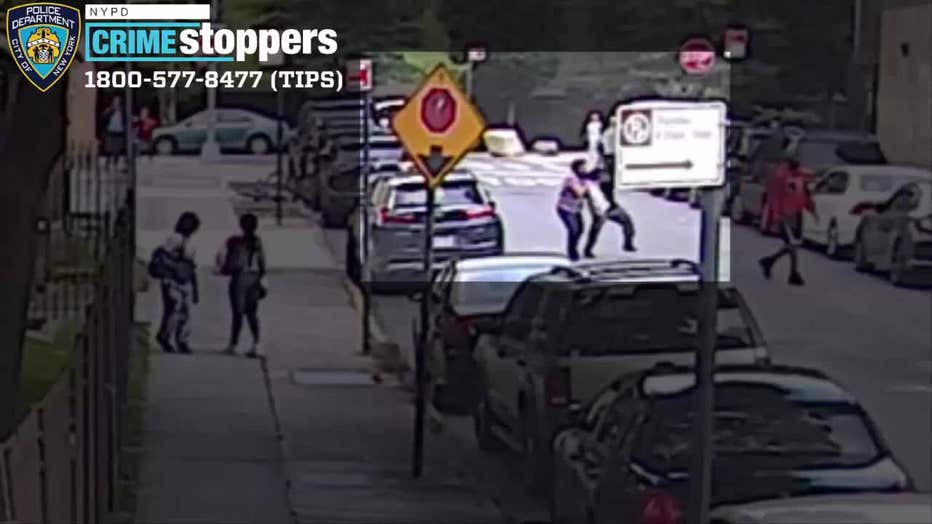