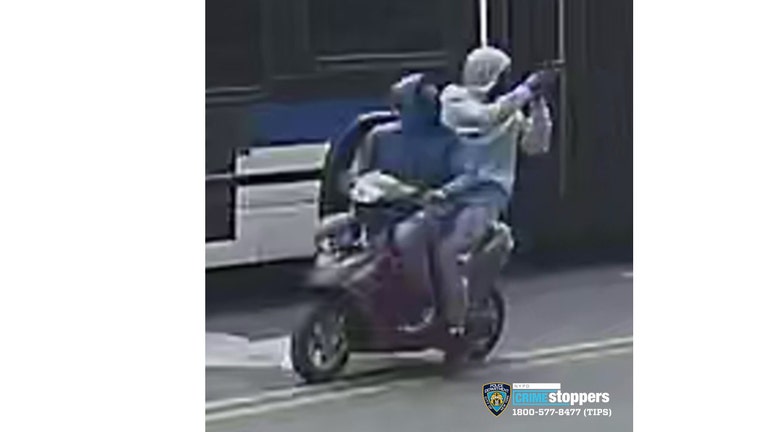 2 men on a moped opened fire in the Bronx. A 75-year-old man was hit by one of the bullets.

NEW YORK - An elderly man walking down a Bronx sidewalk was shot as a couple of men riding a moped opened fire on a group of people in the Bronx.

The NYPD says it happened just before 2:30 p.m. on Sunday on E. 180th St. in the West Farms neighborhood.

The man was walking when the two men rode up and started shooting.   He was hit in his left thigh.

EMS rushed him to St. Barnabas Hospital in stable condition.

The shooters got away and remain on the loose.  New York City Police released a photo of the shooters in hopes that someone would identify them.