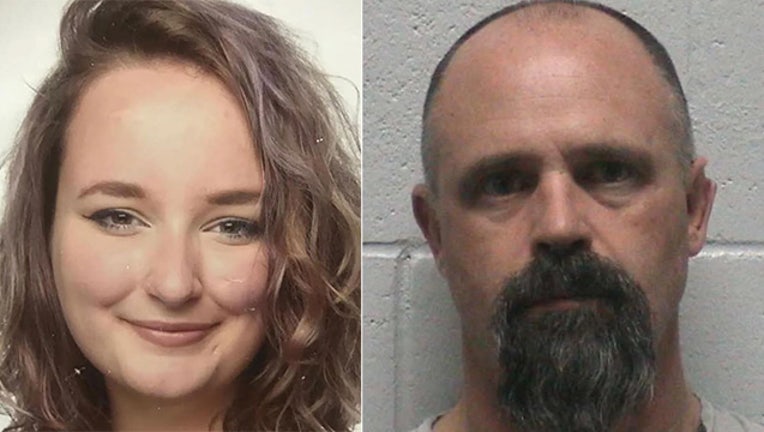 Naomi Irion, an 18-year-old woman who police say was abducted from a Walmart parking lot in Nevada over two weeks ago, was found dead, officials said.

Investigators, acting on a tip, found a gravesite in a remote part of northern Nevada. An autopsy on Wednesday confirmed the body was Irion, the Lyon and Churchill county sheriff's offices said in a joint statement late Wednesday.

"The body of an adult Caucasian female was recovered from that grave site, the body was transported to the Washoe County Medical Examiners Office for an autopsy and to confirm identification," the statement said. "On March 30, 2022, the remains were confirmed as those of Naomi Irion, the family has been notified."

Troy Driver, 41, was arrested Friday and charged with first-degree kidnapping in connection to Irion's disappearance.  He is eligible for bail because he has not been charged in her death.

Irion was last seen around 5:25 a.m. March 12 in her car in a Walmart parking lot in Fernley about 30 miles east of Reno. Security video showed a masked man wearing a hooded sweatshirt get into her car.

Driver abducted her "on or about March 12" and "did hold or detain her for the purpose of committing sexual assault and/or purpose of killing her," according to the two-page criminal complaint filed Wednesday in Lyon County's Canal Township Justice Court.

The FBI offered a $10,000 reward for information to locate Irion. Hundreds of volunteers have joined searches during the past two weeks, looking for clues in a vast desert area.

Irion lived in Fernley with her older brother, Casey Valley, who told reporters after the hearing that the family was "all in shock" that any bail was set.

Irion's vehicle was found three days after she went missing near a paint manufacturing facility in an industrial park along Interstate 80 not far from the store.

Valley said his sister usually catches a bus from the Walmart lot to work at a Reno-area Panasonic facility. Valley said she never arrived at work, and he contacted family members and authorities when Irion didn’t return home that weekend.

Several news outlets have reported that Driver was sentenced to 15 years in prison for his role in a 1997 murder case in Northern California.