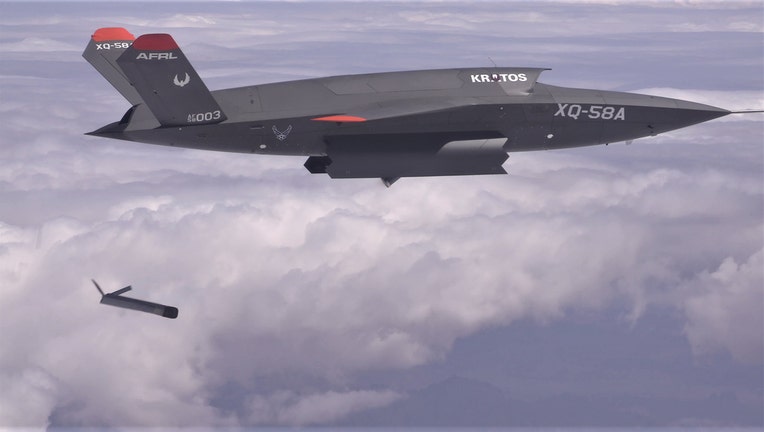 NEW YORK - The Air Force and a defense contractor say they have successfully tested launching a drone from a flying drone.  It happened late last month in Arizona.

The Air Force Research Laboratory says the XQ-58A Valkyrie opened its internal weapons bay and launched an ALTIUS-600 drone in the skies above the Yuma Proving Ground.

Kratos has been developing the Valkyrie drone system for 2 1/2 years.

The company says the test demonstrates the utility of affordable, high-performance drones.

"This is the sixth flight of the Valkyrie and the first time the payload bay doors have been opened in flight," said Alyson Turri, demonstration program manager. "In addition to this first SUAS separation demonstration, the XQ-58A flew higher and faster than previous flights."