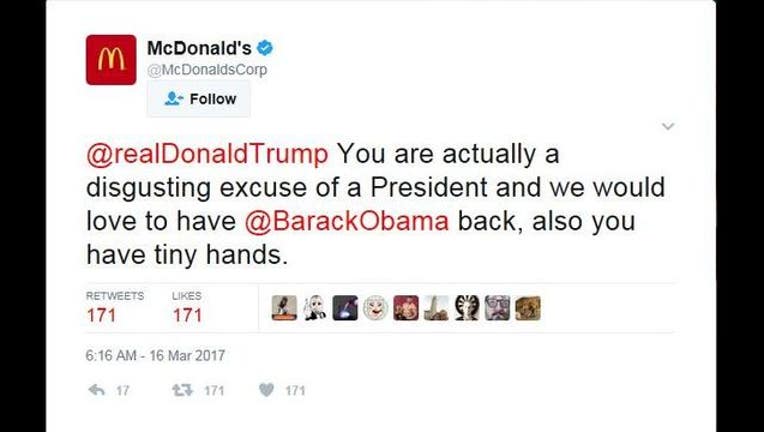 NEW YORK (FOX5NY) - A tweet that was pinned to the top of the McDonald's corporate Twitter account Thursday morning before being deleted called President Donald Trump "a disgusting excuse of a President" and went on to say "we would love to have @BarackObama back".

The tweet was pulled after several minutes but not before it was liked and retweeted thousands of times.

The @McDonaldsCorp account is verified with more than 150,000 followers but is a separate account from the company's main @McDonalds account that has more than 3 million followers.

McDonald's later tweeted that it had been notified by Twitter that its account "was compromised" and was investigating the incident.