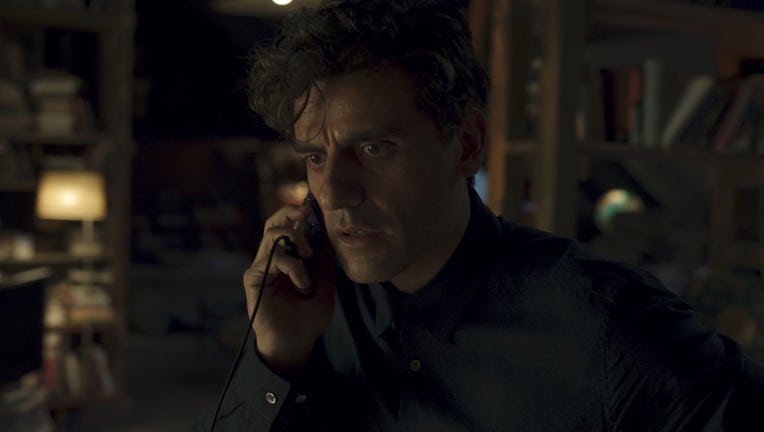 CHICAGO - "Hiya." It’s not a particular impressive greeting for Marvel’s next big superhero, but it’s the salutation that best sums up Steven Grant (Oscar Isaac), a mild-mannered British gift-shop employee who not only wouldn’t hurt a flea but would probably go out of his way to save one too.

Steven feels more like a supporting character from a Richard Curtis rom-com than a souped-up hero who could stand toe-to-toe with the Avengers. As far as he knows, he’s just a humdrum, lonely guy with a boring life and a pretty intense sleep disorder. Then one night he goes to bed and wakes up in a sunny village in the Alps — right in the middle of a brutal fight with a pack of bad guys who work for a death cult run by Ethan Hawke. Quite a case of the Mondays.

RELATED: Oscars 2022: Where to stream ‘Dune’ and what our critics thought

The fun of the first episode of "Moon Knight" — the latest Marvel show to debut on Disney+ — is the engagingly disorienting way it throws viewers into the deep end with its "Memento"-esque mystery. As the show’s cast and creatives have discovered on their recent press tour, it’s difficult to discuss a series that works best if you know very little about it going in. But suffice it to say that the premiere uses a clever jump-cutting device to cheekily deny viewers the action they’re here to see, even as it teases a much bigger mystery to come — one that’s both epic in scope and deeply personal in nature. 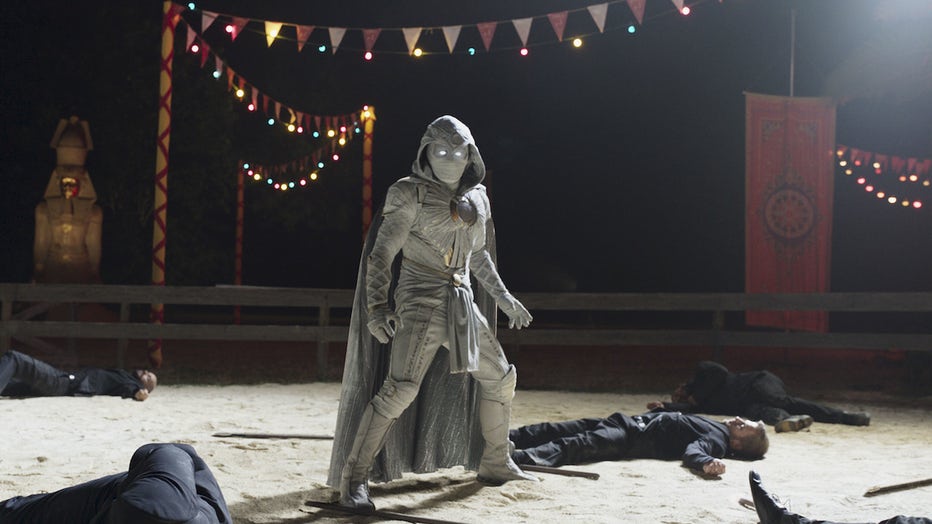 Multiple personalities and ancient Egyptian mythology are both on the table in this unusual superhero story. (Think "Venom" meets Brendan Fraser’s "The Mummy" with a tiny dash of "Fight Club.") And creator Jeremy Slater ("The Umbrella Academy") takes advantage of the relative anonymity of his central hero to craft a series that largely hinges on a sense of surprise. If there’s one thing to know about "Moon Knight," it’s that you never know where it’s going — even when you think you do.

And that’s especially true of the wonderfully bonkers central performance from Isaac, who seems to have a blast going full weirdo character actor. While there are opportunities to show off more of the strapping leading man swagger he brought to his last big blockbuster role as Poe Dameron in "Star Wars," it’s his shy, shaggy likability as Steven that really steals the show. Like Don Cheadle in "Ocean's Eleven" and Dick Van Dyke in "Mary Poppins," Isaac falls on the right side of the dodgy accent/enthusiastic performance line. For as goofy as Steven's nasal, "hello guv'nor" accent sounds, he quickly emerges as the lovable heart of the globe-hopping series. 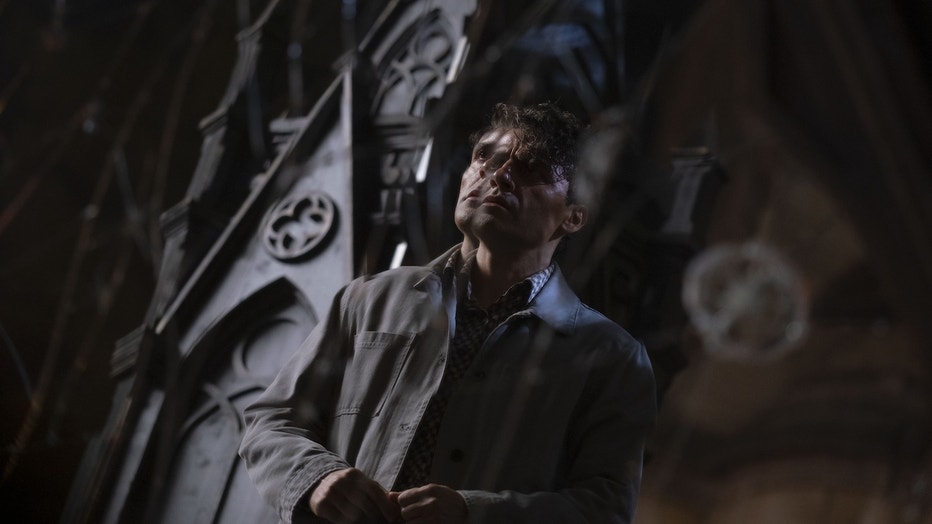 That strong central turn aside, however, the trouble comes when "Moon Knight" has to move past mystery-building and start actually answering the questions laid out in its premiere. Like a lot of these Marvel Disney+ shows, "Moon Knight" struggles with how to pace its six-part story. Heaps of clunky exposition flesh out the show’s lore without really getting to the actual motivations of its main players. The third episode is particularly disastrous in that respect, over-explaining its way through a plot-heavy side quest just when it feels like the show should be digging into its characters.

And while the end of the fourth episode (the final hour screened for critics) hints at some intriguing new directions the rest of the series could take, there are still very basic "how" and "why" questions about Steven’s life that it feels like the show should have already answered that far into its run.

It’s the same sort of pacing issue that has plagued previous Marvel Disney+ series like "Loki," "Hawkeye" and "The Falcon and the Winter Soldier," although "Moon Knight" has the added challenge of introducing a brand new character rather than playing around with an existing one. Marvel’s "Phase Four" has had some practice with that on the big screen lately, however. Unfortunately, the worldbuilding in "Moon Knight" has more in common with the frustrating opaqueness of "Eternals" than the more successful character-driven flashback structure of "Shang-Chi and the Legend of the Ten Rings."

Indeed, "Moon Knight" is exactly the kind of show that would benefit from a flashback episode to fill in some gaps and foreground its characters, especially once May Calamawy gets thrown into the mix as a mysterious adventurer who may or may not know Steven. But after its first episode, "Moon Knight" keeps things perpetually moving forward in a way that’s frustrating rather than propulsive; as if all you need to do to set up a character is quickly describe their backstory before moving on to the next chase sequence. 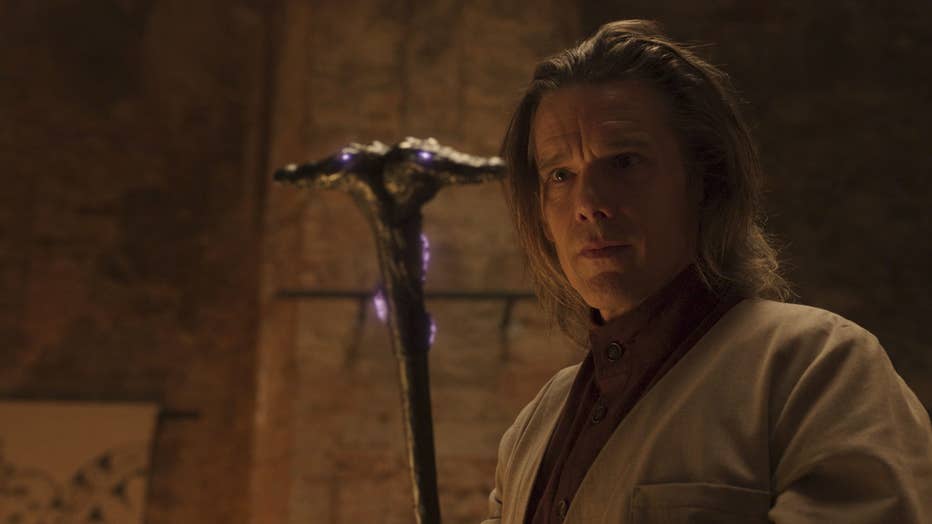 Still, the newness of the world and the endearing weirdness of Isaac’s performance all go a long way toward keeping things lively, as does the intriguing calm of Hawke’s philosophical villain. "Moon Knight" is a series with no shortage of big ideas on its mind, including themes of morality, justice and — above all — bodily autonomy. Its best moments play around with comedy, romance and horror in a way that does feel slightly fresh for the MCU, with a particularly cool design for an eerie Egyptian moon god called Khonshu (voiced by F. Murray Abraham). All of that makes "Moon Knight" an engaging new standalone addition to the MCU. But to be a truly great one, those last two episodes really need to weave it all together.

Daredevil (2003): Long before Netflix put Charlie Cox in Matt Murdock’s red super-suit, Ben Affleck played the role alongside future ex-wife Jennifer Garner as Elektra. But this (arguably) "so-bad-it’s-good" movie is worth a look for reasons beyond the gloss of celebrity gossip, thanks largely to some sharp action scenes (a Garner speciality, as all "Alias" fans know) and a super fun villain performance from Colin Farrell as Bullseye. Rated PG-13. 103 minutes. Dir: Mark Steven Johnson. Also featuring Michael Clarke Duncan.