The NYPD has released video of a suspect wanted in connection to a string of robberies of elderly men in Harlem and the Bronx.

NEW YORK - The NYPD is on the hunt for a man wanted in connection to a string of robberies of elderly men in Harlem and the Bronx since August.

According to authorities, in each of the incidents, the suspect followed the victim into their residential buildings, forcibly detained them, and demanded their property before running away.

The robberies have taken place between August 28 and October 3, and have occurred during the daytime in the Bronx and parts of Harlem. The victims were all between the ages of 63 and 80.

None of the victims were seriously injured in the robberies. 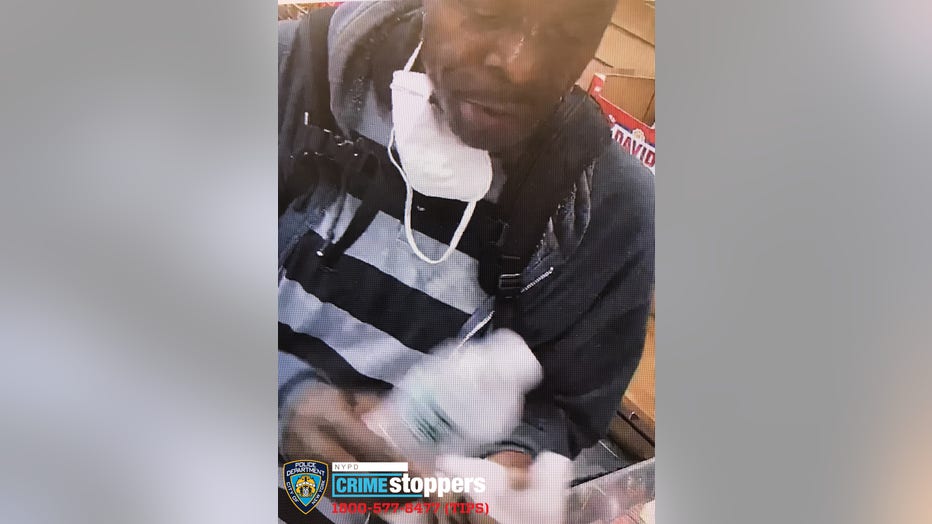 Photo of a suspect in a string of robberies of elderly men in the Bronx and Harlem.

Police describe the suspect as a man, roughly 40-50 years old, and have released a surveillance photo and video taken from one of the robberies.

Anyone with information in regard to these incidents is asked to call the NYPD's Crime Stoppers Hotline at 1-800-577-TIPS (8477) or for Spanish, 1-888-57-PISTA (74782). The public can also submit their tips by logging onto the CrimeStoppers website at WWW.NYPDCRIMESTOPPERS.COM or on Twitter @NYPDTips.

Police all calls are strictly confidential.