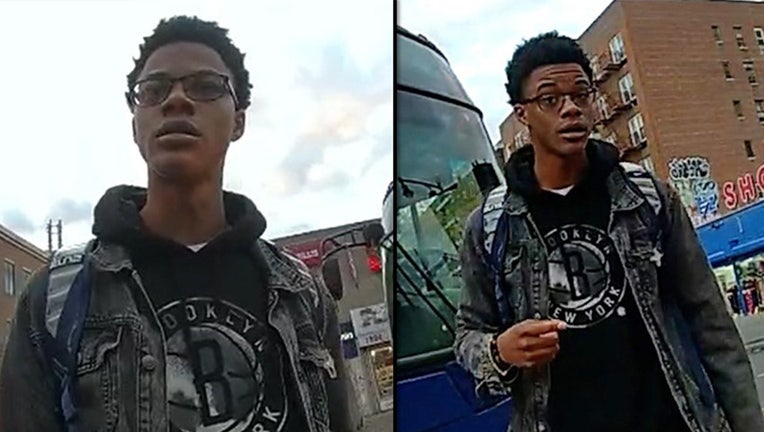 The NYPD is searching for a suspect they say attacked two officers in Brooklyn, punching one several times in the face.

NEW YORK - The NYPD is searching for a suspect who allegedly got into a fight with two officers in Brooklyn on Friday, punching one in the face.

According to authorities, at around 4:20 p.m., two uniformed police officers were patrolling on foot near the intersection of Avenue H and Flatbush Avenue in Flatbush. when they spotted the suspect obstructing traffic.

The suspect then refused to obey multiple orders from the officers to leave the roadway and when the two officers attempted to arrest the suspect, he became enraged and attacked them.

One officer was pushed, while the other was shoved to the ground and punched in the face before the suspect ran away heading south on Flatbush Avenue.

Only the officer who was punched was injured, sustaining swelling and bruising as a result.