Police say the shooting happened at the AMC theater at Phipps Plaza in Buckhead got upset about a movie seat during a showing of "Spider-Man: No Way Home". Police said it cause panic at the theater.

ATLANTA - One man is recovering in the hospital after a shooting at a Buckhead movie theater late Monday night.

Shortly before 10:45 p.m. Monday, Atlanta police were called to the movie theater inside Phipps Plaza on Peachtree Road. 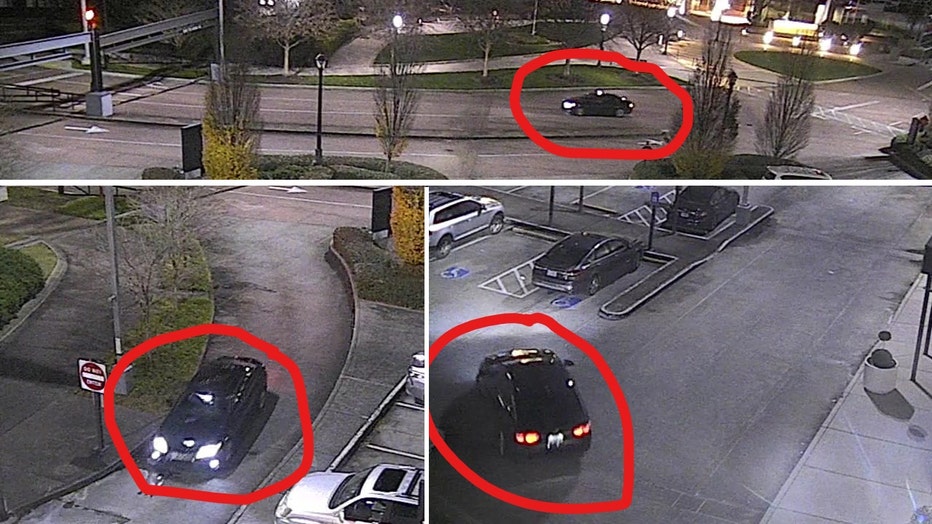 Atlanta police released these photos showing a vehicle investigators say was driven by the suspect in a shooting at the AMC Theatre inside Phipps Plaza on Dec. 20, 2021. (Atlanta Police Department)

According to officers, the gunman was angry about where the 24-year-old victim was sitting in the theater.

"We know that when the suspect went in, the movie had already started and his seat was occupied. An argument ensued and instead of getting a movie attendant, the shooter used a handgun," said Deputy Chief Charles Hampton Jr., Atlanta Police Department.

Atlanta police released this video showing a man investigators say is a suspect and a woman who is a witness in a shooting at the AMC theater inside Phipps Plaza on Dec. 20, 2021.

An argument between the two men got heated, and the gunman opened fire, officials say.

"If you can imagine an incident inside a movie theater it jarred people into pandemonium..patrons heard the shot and quickly exited," said Hampton. 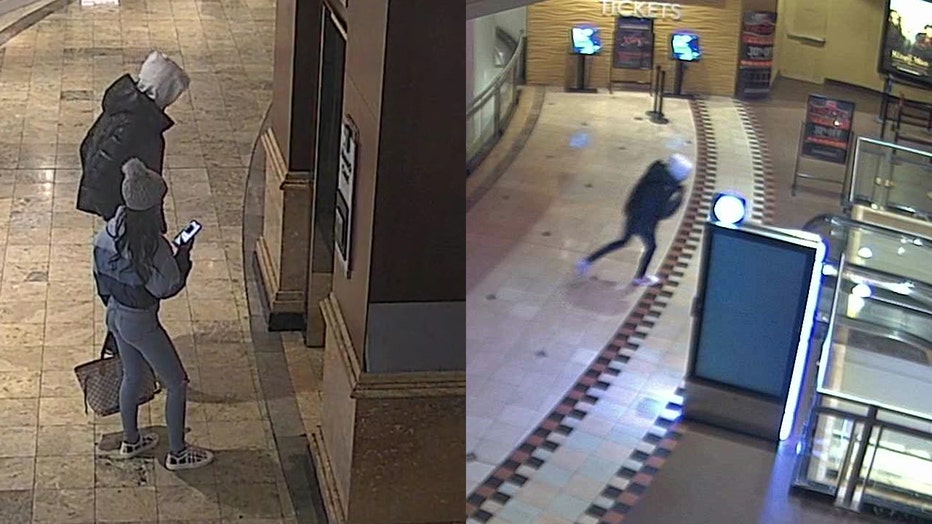 Atlanta police released these photos showing a suspect and a witness investigators say is connected to a shooting at the AMC Theatre inside Phipps Plaza on Dec. 20, 2021. (Atlanta Police Department)

Medics rushed the victim to Grady Memorial Hospital, where he is in stable condition. His identity has not been released.

Police released images and video of the suspect and a woman he was with. Investigators call her a witness. 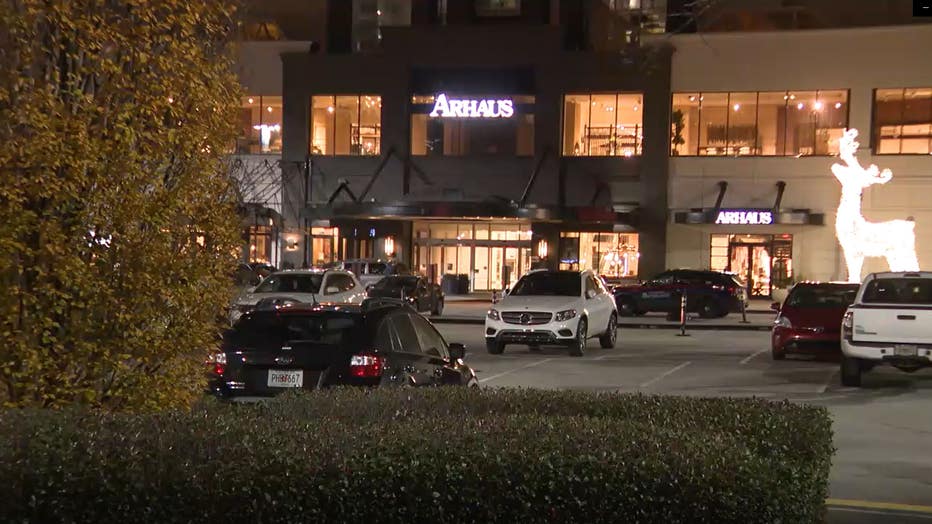 Investigators are still searching for the gunman.

If you have any information that could help with the investigation, please call the Atlanta Police Department.