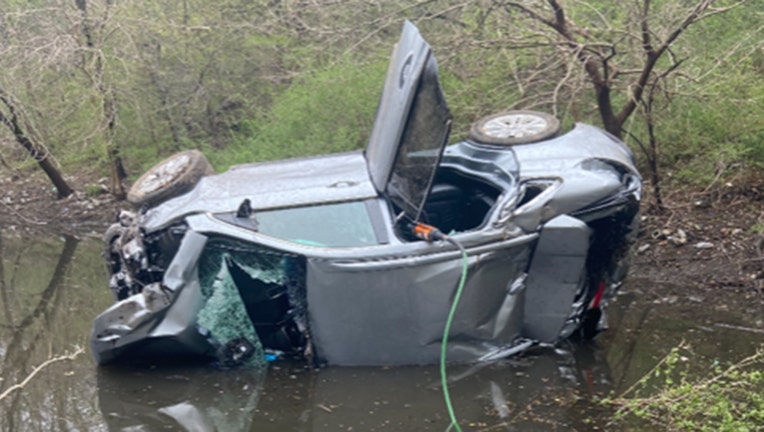 Police rescued a man from a car after a crash on Long Island. (Nassau County Police Department)

NEW YORK - Police on Long Island rescued a man when was trapped inside his vehicle in water after it flipped during a crash.

It happened at North Marginal Road and Jericho Turnpike in Jerico at about 11:15 a.m. on Monday.

Nassau County Police say that officers responding to the crash saw the 2020 Ford on its side and filling with water.

The 52-year-old driver was trapped inside with multiple fractures to both of his legs.

The Nassau County Emergency Service Unit responded and was able to reach the driver and extricate using specialized equipment.

The victim, who was not identified was rushed to a nearby hospital.  Along with the broken legs he was suffering from possible Hypothermia.

Police say the car had left the road, gone into the woods, hit several trees before landing in the water.