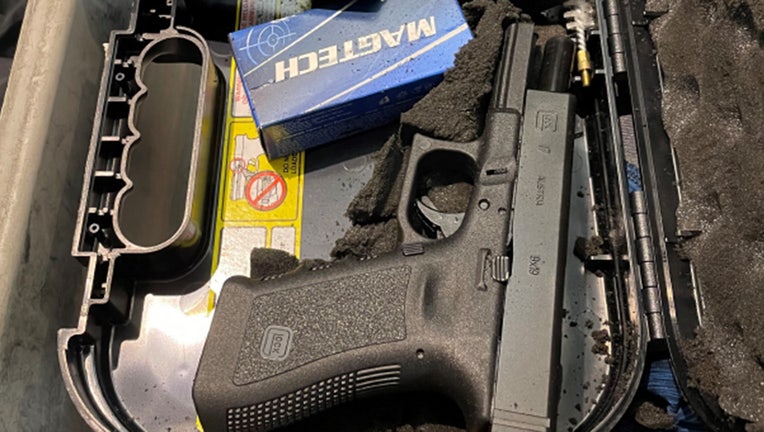 A man was arrested after trying to go through a security checkpoint at Newark-Liberty International with a gun. (TSA photo)

NEW JERSEY - Police arrested a Florida man after he was stopped with his handgun at a Transportation Security Administration (TSA) security checkpoint at Newark Liberty International Airport on Friday, Nov. 26.

A TSA officer stopped the man with his gun among his carry-on items as they entered a checkpoint X-ray unit. The man told officials that he meant to declare the gun with his airline so that it would be transported with checked baggage, but that he forgot to do so.

The gun was unloaded and packed in a hard-sided case with a box containing 35 bullets, which would be how firearms should be packaged and then declared to the airline.

TSA officers alerted Port Authority Police, who responded to the checkpoint and arrested the man.

This was the 13th gun found at a checkpoint at Newark-Liberty International this year.  There were 11 found all of last year.  In 2018 there were 14 guns found at the airport.

Passengers are permitted to travel with firearms in checked baggage if they are properly packaged and declared at their airline ticket counter to be transported in the belly of the plane. Guns are absolutely not permitted to be carried onto planes.