NEW YORK - A Long Island woman is accused of operating a store with counterfeit luxury products that would be worth $40 million if they were the authentic brands.

Lindsay Castelli, 31, of Smithtown, is the owner of Linny's Boutique on Old Country Road in Plainview.

"It hasn't rained all summer long and it rained every time we went on a surveillance," Nassau County Police Commissioner Patrick Ryder said. 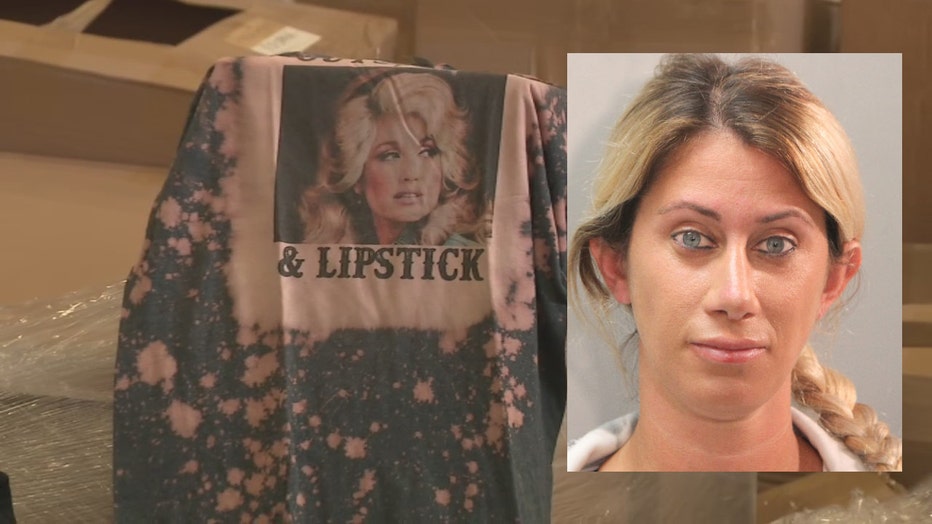 Lindsay Castelli is accused of running a $40M trademark counterfeiting operation out of her Long Island store.

Ryder said they would take a $10 sweatshirt and put a Chanel logo on it to create a $5,300 product. She would use heat presses and printers to apply fake labels, authorities said.

They put the combined value of the items at over $40 million if they were authentic. Police claim the items were being shipped all over the United States.

Castelli turned herself in to detectives on Oct. 7, 2022. She is charged with trademark counterfeiting. She was released and is due back in court on Nov. 2, 2022.

No one answered the door at Castelli's home in Smithtown. At her store, a woman who identified herself as Castelli's aunt had no comment.

The shop's website says it is a family-owned business and "We stay ahead of the fashion trends to make sure you are always looking your best!"

Lindsay Castelli is accused of running a $40M trademark counterfeiting operation out of her Long Island store.