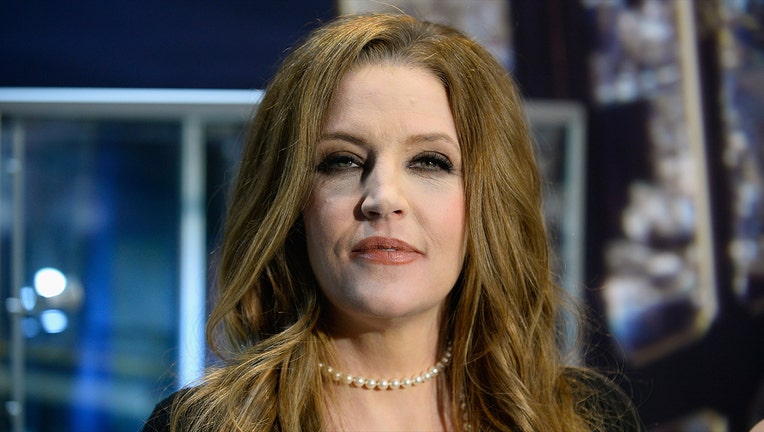 Lisa Marie Presley attends the ribbon-cutting ceremony during the grand opening of "Graceland Presents ELVIS: The Exhibition - The Show - The Experience" at the Westgate Las Vegas Resort & Casino on April 23, 2015 in Las Vegas, Nevada. (Photo by

NEW YORK - Lisa Marie Presley, the only child of Elvis Presley, made an appearance at the 2023 Golden Globes just days before suffering an apparent cardiac arrest and dying.

Extra's Billy Bush reported that she appeared unsteady on the red carpet and had to be supported.

She was there with her mother, Priscilla Presley, to support Austin Butler, who won Best Actor in a Motion Picture — Drama for his portrayal of Elvis Presley in "Elvis."

Lisa Presley was rushed to the hospital on Thursday after she was reportedly found unresponsive in her bedroom by a housekeeper.

Los Angeles County paramedics were dispatched to a Calabasas home at 10:37 a.m. following a report of a woman in full cardiac arrest, according to Craig Little, a spokesperson for the county’s fire department. Property records indicate Presley is a resident at that address.

Priscilla Presley was photographed arriving at the hospital.

She released a statement saying: "My beloved daughter Lisa Marie was rushed to the hospital. She is now receiving the best care. Please keep her and our family in your prayers. We feel the prayers from around the world and ask for privacy at this time."

She later confirmed that her daughter had died.

Lisa Marie Presley he has three children, including actress Riley Keough, and she was previously married to Michael Lockwood, Nicolas Cage, Michael Jackson, and Danny Keough.

Presley owned and operated Elvis Presley Enterprises until 2005. She is still the owner of Graceland.