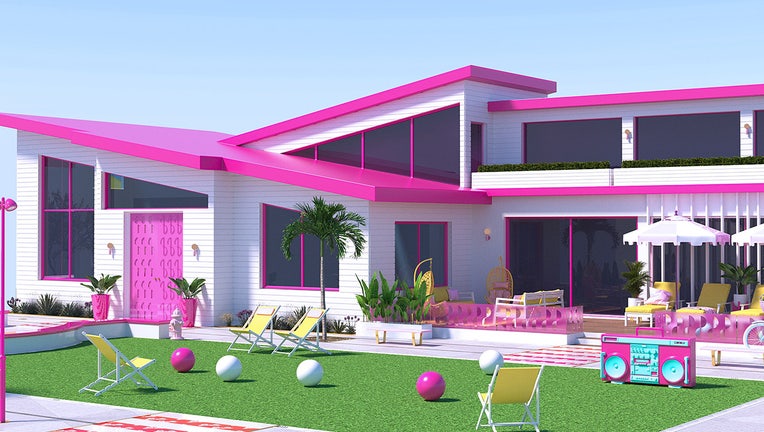 There’s going to be an immersive World of Barbie attraction launching this summer where you can literally be a Barbie girl, or boy, in the Barbie world.

Mattel Inc. and Kilburn Live have teamed up to bring Barbie’s world to life so you can live out your childhood fantasies.

Not only will visitors get a chance to enter a life-size Barbie’s Dreamhouse but fans will also have the opportunity to sit in the driver’s seat of Barbie’s camper van which has been designed by West Coast Customs and comes with a hammock and other hidden treasures inside the different van compartments.

Also, there is a fashion studio where Barbie enthusiasts can strike a pose inside one of six oversized Barbie doll boxes and a TV studio where fans can host "The Barbie Show" and roleplay as a news anchor in front of different backdrops and even give a weather forecast.

There will even be a space center where visitors can pretend they are hurtling through space and enjoy the simulated views of galaxies far, far away.

Visitors will also get a chance to partake in a Barbie-themed cafe and an exhibit exploring the history of Barbie.

"We were asked to bring Barbie’s playset to life. Who can say no to that opportunity?" said Kilburn CEO Mark Manuel. "Barbie is as relevant today as she was when she was first introduced to the world 63 years ago, if not more. I watched my daughter live and play in her world, I believe it helped shape her sharp and lively imagination, just like it has for millions of other children growing up. So there were a lot of reasons we needed to get this right."

The World of Barbie will kick off in Toronto, Canada this summer and pre-sale tickets are available for purchase beginning May 3, according to a Kilburn Live news release. General ticket sales begin May 21.

Don’t worry, residents in the U.S. will also get a chance to experience the life-size world of Barbie as the attraction will make its way to New York, Chicago, Houston, Los Angeles and many more cities after Toronto.

"Throughout her history and numerous careers, Barbie has represented a world of limitless potential," said Julie Freeland, Senior Director of Location Based Entertainment at Mattel. "With this exquisitely designed attraction we were intentional about delivering an exciting experience that would leave younger fans with the sense that they could do anything or be anything. And, for those who grew up with Barbie, we wanted to spark a little bit of nostalgia, give these fans a chance to step back, re-invent themselves, if only for an afternoon, and spend a day in the Dream Life!"