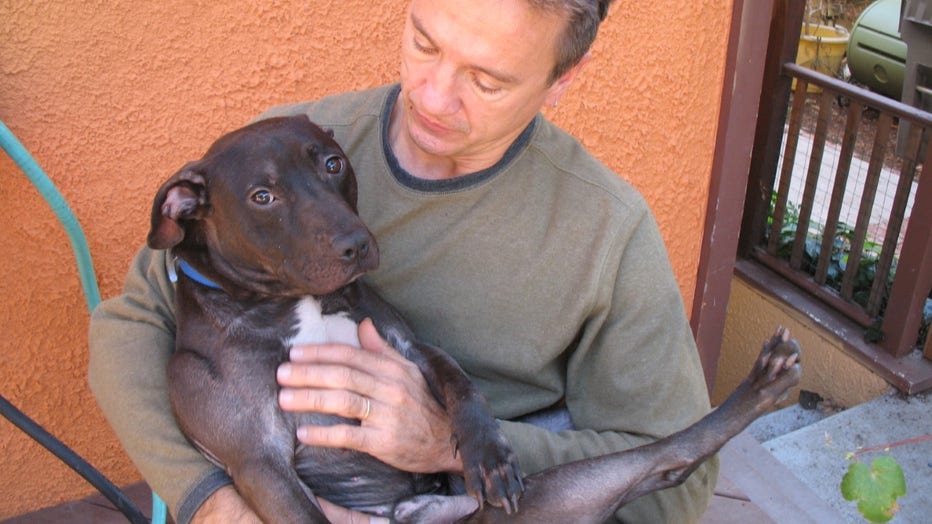 His name was Frodo. He died on Saturday at his veterinarian's office, with his owners by his side, after being treated to a big bag of steak.

On Facebook, BAD RAP shared a photo of "sweet" Frodo’s last moments, his wide-open eyes looking upward, surrounded by those who loved him. "Frodo gobbled that big bag of steak under the tears of his mama, Kim Ramirez and her daughter Dominique," the group shared.

BAD RAP estimated the dog was 15 years old and made a point to note that despite the horrendous conditions from which he was rescued, his life was one full of love and adoration. "THIS is the important part," the group wrote, "the last 14 years of his life were spent being pampered like a prince with the Ramirez family and dogs."

He "crossed the rainbow bridge" following the recent deaths of two other dogs rescued from Vick’s dog fighting ring, the non-profit also shared. 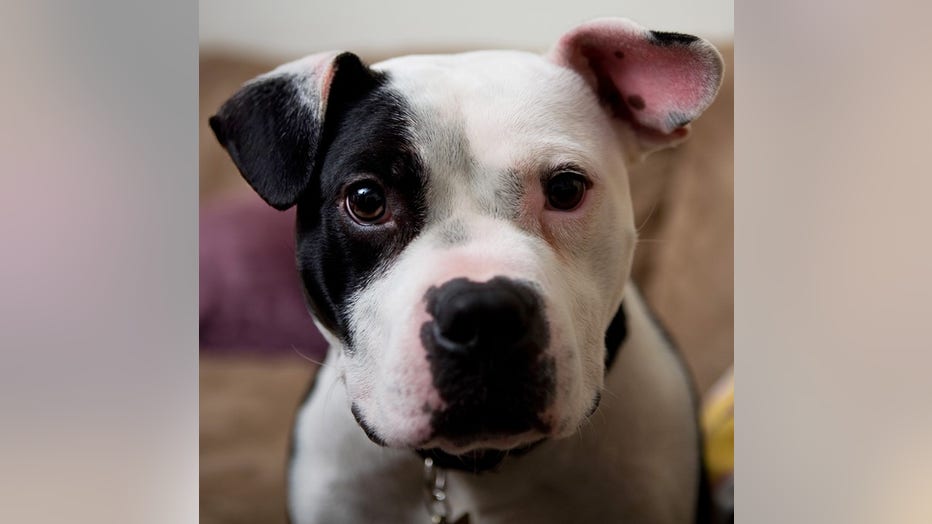 Jonny Justice worked as a therapy dog in San Francisco and died just last week, according to BAD RAP. The group also mourned the loss of a dog named Uba, who was adopted to a family in Virginia and died in October. 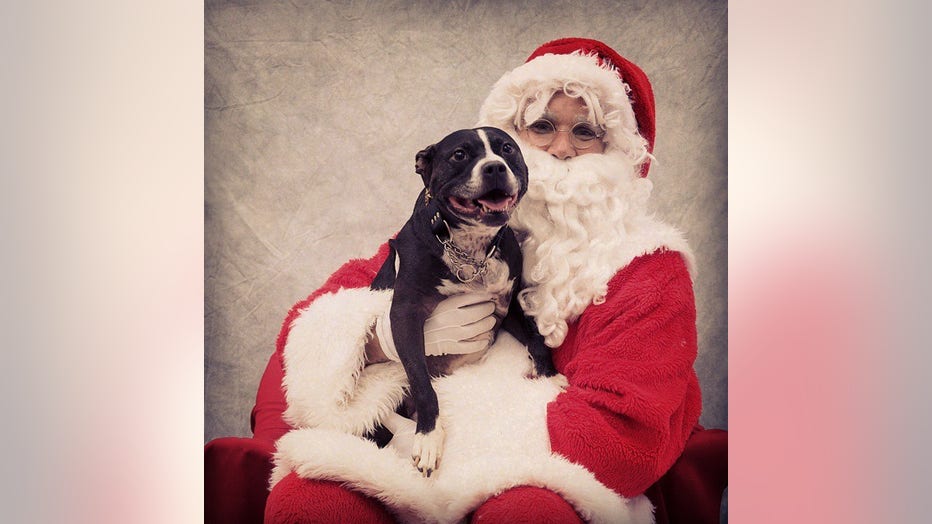 Pit Bull named Uba died in October 2021, according to non-profit BAD RAP. He was one of the 48 "brave Pit Bulls" rescued from Michael Vick's dog fighting ring in April 2007. (BAD RAP)

Frodo, Jonny, and Uba were among the ten Pit Bulls that came to BAD RAP and underwent training and care before being adopted into their loving homes.

SEE ALSO: Canines in California trained to sniff out COVID from old socks

In all, 48 Pit Bulls were rescued from Vick’s operation Bad Newz Kennels in Virginia, which was raided in April 2007. Vick, who was then a 27-year-old star quarterback for the Atlanta Falcons pleaded guilty to dog fighting charges and ended up serving 18 months in federal prison.

Frodo and the other dogs that were rescued later earned the name "Vicktory dogs" for their show of resiliency and strength.

"Oh Jonny! We thought you might live forever," BAD RAP wrote on Facebook, adding, "We've been grappling to find the words, and now Uba's friends have pushed that door wide open."

Calling him "Sweet Frodo," the group described him as one of the bravest survivors his caretakers had ever met.

Frodo's death marked the end of an era and prompted tributes from those who have been following the journeys of all the "Vicktory dogs" that got a second chance at life.

Utah-based animal welfare group "Best Friends" expressed its sadness over the loss, as it celebrated what all the Vick dogs symbolized in their will to survive and thrive.

"After an astonishing legacy, from coast to coast, from warm homes to state capitals, these beloved dogs have been the living embodiment of resiliency," the group said, adding, "Their courage proved that there's no such thing as ‘too damaged’ or ‘beyond hope.’"