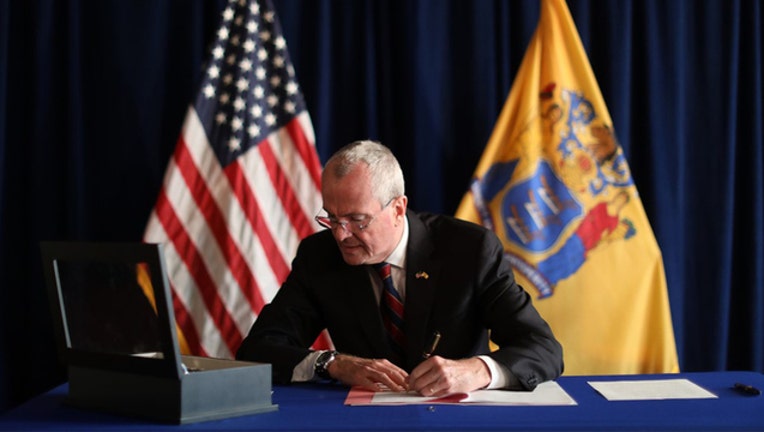 TRENTON, N.J. (AP) - A New Jersey judge on Wednesday sided with Gov. Phil Murphy and tossed out a lawsuit brought by an influential political powerbroker that sought to block a task force investigating business tax credits.

Superior Court Judge Mary Jacobson issued her ruling from the bench after about seven hours of arguments.

George Norcross is executive chairman of insurance brokerage Conner Strong & Buckelew and chairs the Cooper University Health systems board. An influential Democratic fundraiser and former Camden County party chairman, he sued Murphy in May over the task force the governor set up in January to look into the Economic Development Authority.

Norcross argued the task force was illegal, wasn't conducting a "bona fide" investigation and was unfairly targeting him and the companies tied to him that were also suing, including Cooper, Conner Strong, NFI, The Michaels Organization and Parker McCay.

The judge was unconvinced.

Jacobson said she looked to a 2017 state auditor's report that raised concerns over business tax credits as key context and said she was concerned that Norcross' attorneys suggested she ignore that report but instead look at a blog post that suggested politics could have played a role in the task force's probe.

"I was extremely concerned that you would try to prevent the court from looking at such a critical document and instead suggest that a blog post was something I should look at to review the bona fides of this investigation," Jacobson said. "That was very telling to me."

After she read her ruling, Norcross attorney Michael Critchley asked the judge to correct the opinion, saying the attorneys did not mean for her not to look at the auditor's report. He called the judge's comment an ad hominem attack. Jacobson said the criticism was noted.

In a statement, Norcross and the plaintiffs said the judge's decision set a dangerous precedent that could lead threaten due-process rights. The judge said that the plaintiffs declined an opportunity to give statements to the task force and would have had due process rights had they faced any criminal or civil action.

In statements, the task force and Murphy said they were grateful for the decision. The task force said it would continue its work but did not specify what would come next.

It's the latest in a saga over tax incentives that has seized the state's Democrat-led state government since early this year. The 2013 business tax credits expired on July 1, and Murphy has called for a new program that caps how much is awarded. Lawmakers are defending the expired program under which Norcross' firms and others benefited.

Murphy has vowed to veto a six-month extension of the incentives that legislators sent him.

The ruling follows the release of a 75-page document from the task force that found "special interests" had an impact on the 2013 law that designed the business tax incentives and that the state agency, the Economic Development Authority, did not have adequate procedures in place to ensure relevant information was discovered as grants were awarded.

The programs have seen nearly $8 billion in credits awarded, though with just about $700 million paid out.