Verdict SHOCKER: Johnny Depp-Amber Heard BOTH WIN defamation claims against each other

The jury in the Johnny Depp and Amber Heard defamation trial both won claims against each other, a jury decided. Depp was awarded $15 million in damages, Heard was awarded $2 million.

After a sensational six-week trial closely followed by millions on social media, a jury sided with Johnny Depp in his defamation lawsuit against ex-wife Amber Heard. But according to a recent poll of U.S. adults, Depp’s popularity may have actually dipped — despite what seemed to be a barrage of support online for the "Pirates of the Caribbean" actor.

A poll of roughly 2,200 U.S. adults conducted by the data intelligence company Morning Consult found that Depp’s popularity dropped after the defamation trial concluded, particularly among men and baby boomers — or those born between 1946 and 1964.

From April 8-10 (before the trial began) to June 4-5 (days after the verdict), the share of U.S. adults with a "very" or "somewhat" favorable view of Depp dropped 12 percentage points from 68% in an April survey to 56%, according to the survey.

Among all the generations surveyed, the baby boomer opinion of Depp worsened the most: His favorability rating stood at 59% in April, compared to 37% by June. Depp’s popularity rating also dropped among men, from 67% to 52%, compared to a 9-point drop among women in the same time frame. 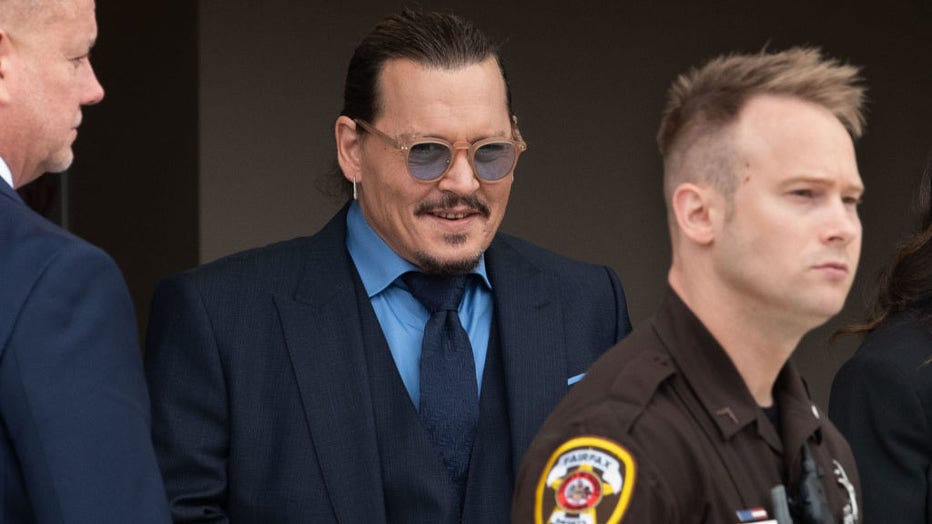 Johnny Depp smiles during a recess outside court during the Johnny Depp and Amber Heard civil trial at Fairfax County Circuit Court on May 27, 2022, in Fairfax, Virginia. (Photo by Cliff Owen/Consolidated News Pictures/Getty Images)

Earlier this month, the jury found that Depp had been defamed by three statements in a 2018 op-ed written by Heard in which she said she was an abuse victim. Depp was awarded more than $10 million. Jurors also concluded Heard was defamed, by a lawyer for Depp who accused her of creating a hoax surrounding the abuse allegations. She was awarded $2 million.

The case, which captivated viewers who watched gavel-to-gavel television coverage, attracted millions of followers on social media — specifically TikTok — who dissected the actors’ mannerisms, their wardrobe choices, and their use of alcohol and drugs. The hashtag #JusticeForJohnnyDepp has amassed over 20.5 billion views on TikTok, compared to just 91 million views for the #JusticeForAmberHeard tag.

Elaine Bredehoft, one of Heard's lead attorneys during the trial, said she believes the jury was influenced by a relentless barrage of online posts condemning her and supporting Depp.

Interestingly, younger respondents of the poll found Depp much more likable following the trial, compared to their older peers. Millennials (born between 1981 and 1996) viewed Depp better than any other generation, with 78% viewing him as favorable in April and down to 72% by June.

Depp’s popularity among Gen Z (born between 1997 and 2012) remained the most unchanged throughout the six-week trial, dropping just 2 percentage points to 70% between April and June.

After the conclusion of the drawn-out trial, both Depp and Heard each face the task of trying to rebuild their images and careers. Most of the trial testimony focused on whether Heard had been physically and sexually abused by Depp, as she claimed.

Heard testified about more than a dozen alleged assaults, including a fight in Australia — where Depp was shooting a "Pirates of the Caribbean" sequel and lost the tip of his middle finger. Heard said she was sexually assaulted with a liquor bottle.

Depp said he never hit Heard and that she was the abuser, though Heard’s attorneys highlighted years-old text messages Depp sent apologizing to Heard for his behavior as well as profane texts he sent to a friend in which Depp said he wanted to kill Heard and defile her dead body.

Johnny Depp testified that he wrote on the wall in his own blood after Amber Heard threw a vodka bottle at him, slicing off the tip of the middle finger on his right hand.

And while Depp may already have a head start, with a jury verdict largely favoring his narrative, experts say he will still face challenges.

"Depp has a hill to climb. Heard has a mountain to climb," Eric Dezenhall, a crisis mitigator in Washington with no involvement in the case, told the Associated Press. "If Depp keeps his expectations proportional and understands that he’s unlikely to hit his former heights, he can have a solid career if he takes things slowly. After all, he was vindicated in court, not declared a saint."